Next stage in the trip was Oaxaca de Juarez, a nice city located in the south of mexico, in the state of Oaxaca. Once again, this was a 4.5 hours trip journey by bus from Puebla. Arriving in the hostel Casa Angel, I could already seen some familiar faces seen previously in Puebla. I think pretty much all backpackers follow a "recommended" route and by booking hostels via the famous websites such as www.hostelworld.com, people end up in the same ones most of the time.

So far Casa Angel is the nicest hostel I have stayed in, not only because of the hostel itself which is great, but also for the atmosphere. Everyone spends time in the common area and it's not rare to share dinners all together, which is quite nice.

One could easily stay a few weeks in Oaxaca without being bored as there are so many things to see and explore. Besides for those who like the Mexican food, Oaxaca is a little paradise with all the different markets and restaurants, offering traditional dishes.

Here are a few things that I have experienced:

Don't pay attention to my face, I had the sun right in front of me so it looks like I just woke up... 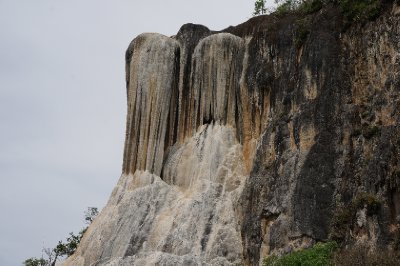 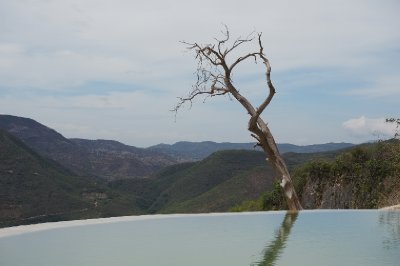 The Mezcal is one of the most famous and most appreciated alcohol in Mexico. You actually drink it a bit like we would drink Tequila in France, in shots with a bit of salt and lime. With a few people we wanted to know more and went to see how Mexican used to make Mezcal, in a traditional Mezcaleria. With the heat and the different bottles we tried, I think pretty much everyone ended up quite drunk that afternoon! 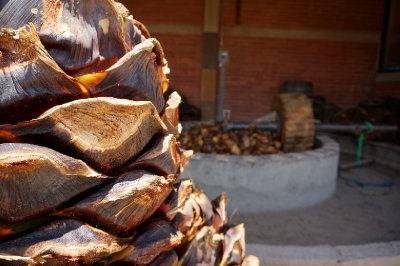 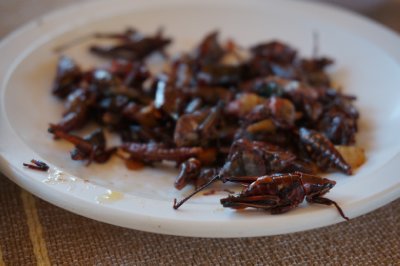 The little grasshopers you are supposed to eat after a shot of Mezcal... Hum, you'd be better to close your eyes and not to look too close... 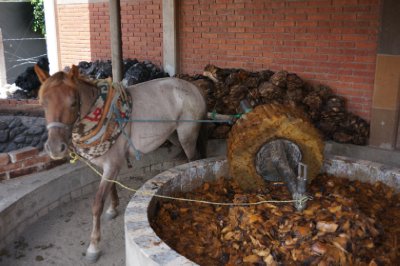 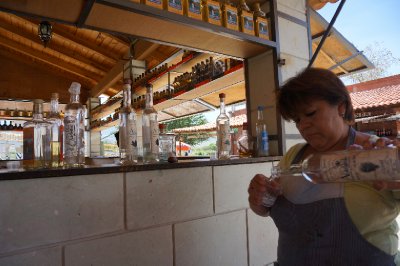 Another one? Of course!

Supposedly the largest tree in Latin America, quite impressive. That tree is in the village of Tule, about 10 minutes drive from Oaxaca. 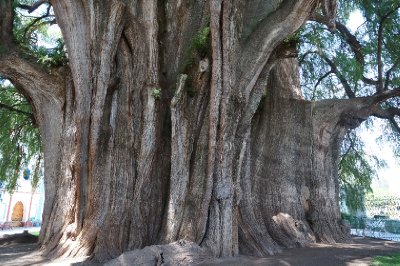 This was one of the best site I have visited so far. Monte Alban was a city built by the Zapotecs a few thousands of years ago. Work is still in progress to excavate and restore some of the monuments but you can almost go everywhere on this site. The pyramids are not as impressive as the ones of Teotihuacan (see previous post) because they are not tall but the overall feeling is more majestic if I can say. All the different temples are closer from each other and the whole site is covered with grass, surrounded by trees and on the top of a small mountain. It is actually easy to take a moment and try to imagine the city like it was two thousands of years ago, with all the activity and its 26000 inhabitants. As usual, pictures talk more than words so here are a few pictures I have taken that day, and more are in the gallery section. 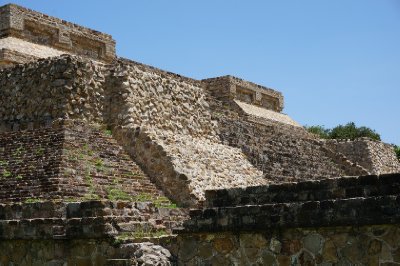 Here we are, my first hike of this round the world trip! Well we actually spent more time in the transports than hiking but it was quite nice nevertheless, to spend about 2 hours climbing up and down the mountain overlooking the village of Ixtlán in the Sierra Norte of Oaxaca.
There were a couple of 2-3 days hikes available in the area as well but all were requiring a local guide and were a bit pricey. Besides I think there will be more opportunities to hike as I am going down to the Chiapas (southern state of Mexico) or in Guatemala later on. 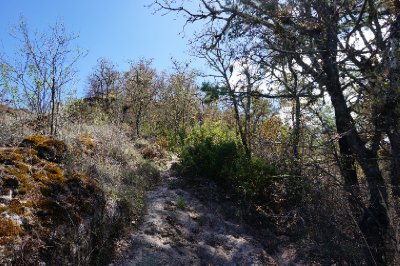 Finally, I would like to do a big hug to all the Casa Angel team: Clinton, Paula, Kenneth, Marc, Hini, Ellen, Elo, Ray, Zach with whom we have shared some very nice moments during these 5-6 days. Take care guys and maybe see you soon! 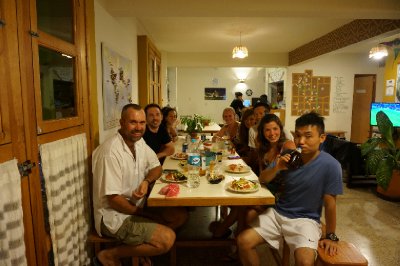 Ohh!! I did not manage to taste the chapulines. Are they good??

Not sure I would eat them every day. I have just tasted two or three and that's enough for me!