Palenque or the Maya ruins paradise

Next stop after San Cristobal, still in Chiapas, was Palenque, a maya city from the 7th century. Nowadays a modern city has been built next to the ruins so very little interesting things to see there, the main "attraction" being the ruins themselves.

Taking the bus from San Cristobal, you need approximatively 6 hours to reach Palenque and so I arrived there at about 10pm, gave my directions to the taxi driver and 50 pesos and 5 minutes later I was in a hotel right near the ruins, in the middle of the Jungle... The hotel was called El Panchán and had a few cabañas where you could stay for about 150 pesos a night (almost 10 euros). It featured also a nice restaurant which had every night live music and fire shows which were quite nice, especially because as I said before, it was right inside the jungle, with all its sounds. Temperature wise, it was about 30 degres and 86% humidity so basically every small effort you do, you end up sweating a LOT... but you get used to it after a while.

As I mentioned before, I don't have anymore the pictures from that period... so here are a few taken from the internet, jsut to give you a rough idea. Basically I had exactly the same pictures taken but in better of course! :-) 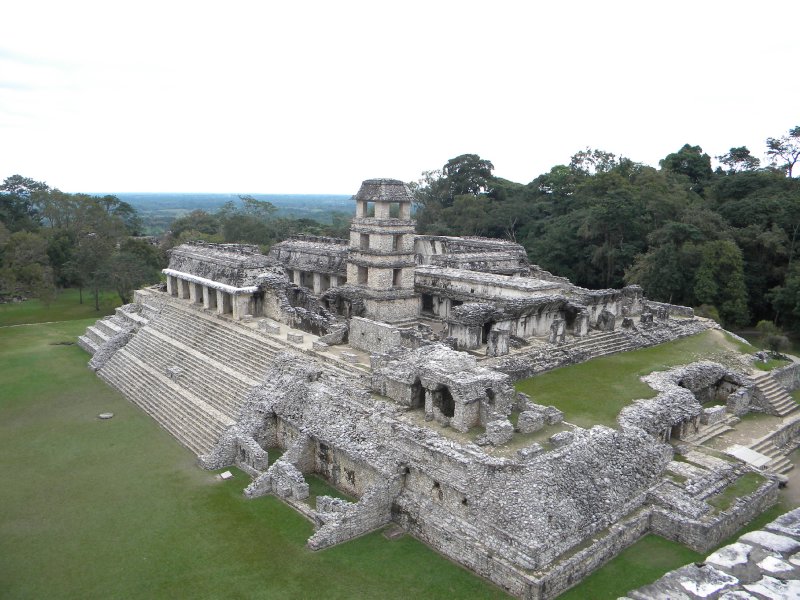 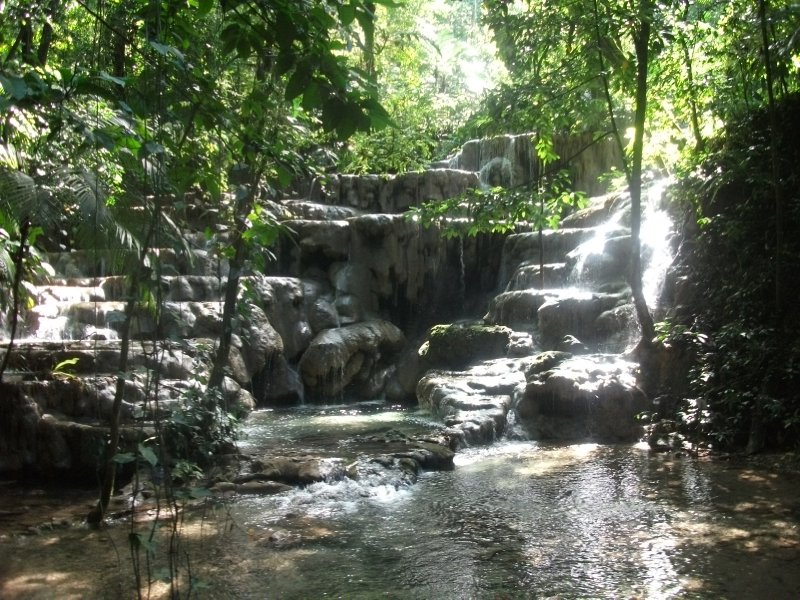 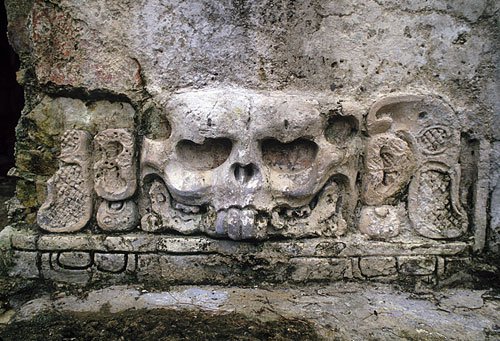 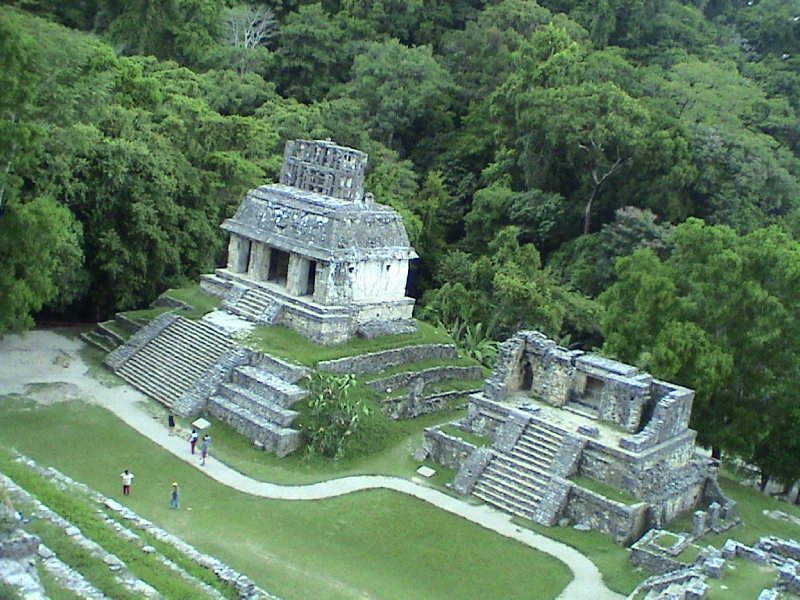 The next day, I decided to pay a visit to some popular waterfalls around Palenque, especially one wich was supposed to have a really nice blue colour, called Agua Azul. Unfortunately it had rained the day before and it was more "Agua marrón"... but still nice to see: 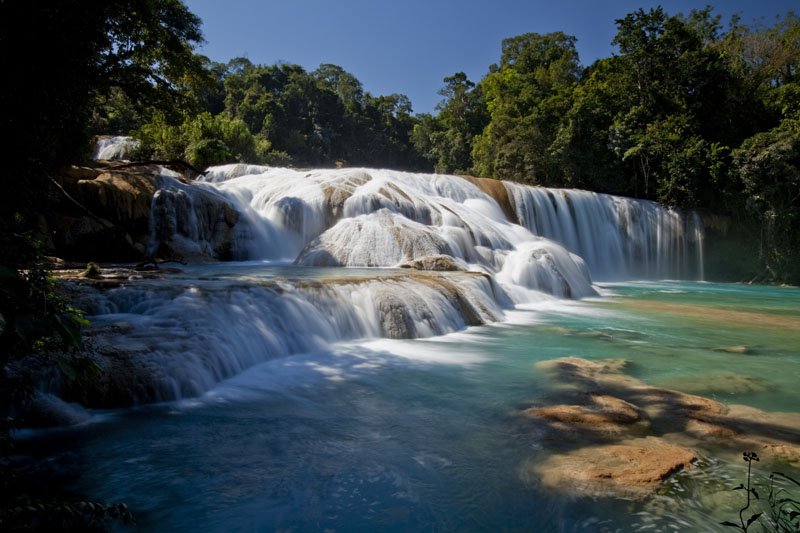 Misol-Ha, another waterfall I visited that day: 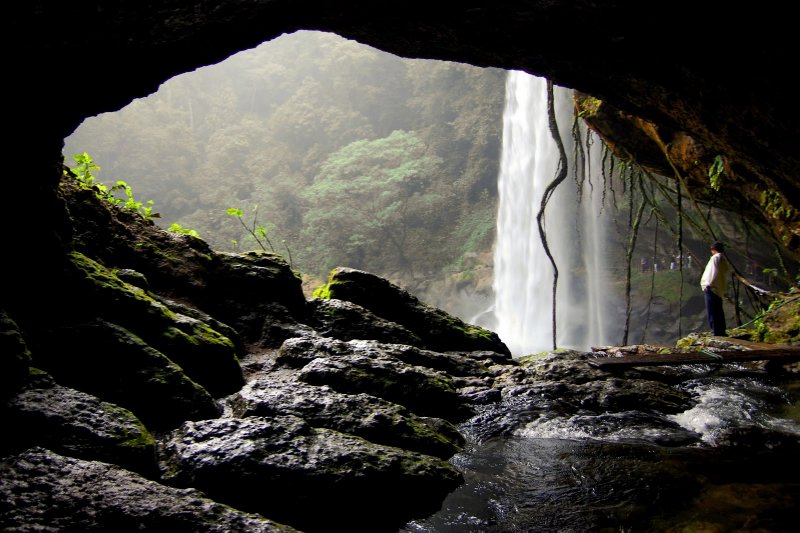 Finally, the following day, before taking the night bus to my next destination, Merida, I took a tour to visit the most amazing and most impressive Maya ruins I have seen so far: Yaxchilan. In order to go there, you need to take a bus from Palenque for about 2-3 hours (it means to leave at 6am.. ouch!) then a boat for about an hour and you then reach the ruins of Yaxchilan, completely isolated in the Jungle, at the border between Guatemala and Mexico. To be honest I am so guted I have lost all the pictures and videos I took that day because they were so good... but anyway, we were in the middle of the Jungle, surrounded by monkeys everywhere (especially the howl-monkey, which is a tiny one but has a huge scream, surely to impress the other animals), and I even saw some tarentulas and other weird insects (without forgetting the f****** mosquitos which even managed to bite me through my trousers!). You could climb and go inside the buildings without problems and to be honest I could have definitely spent more than a few hours, just trying to get the mayan feeling... 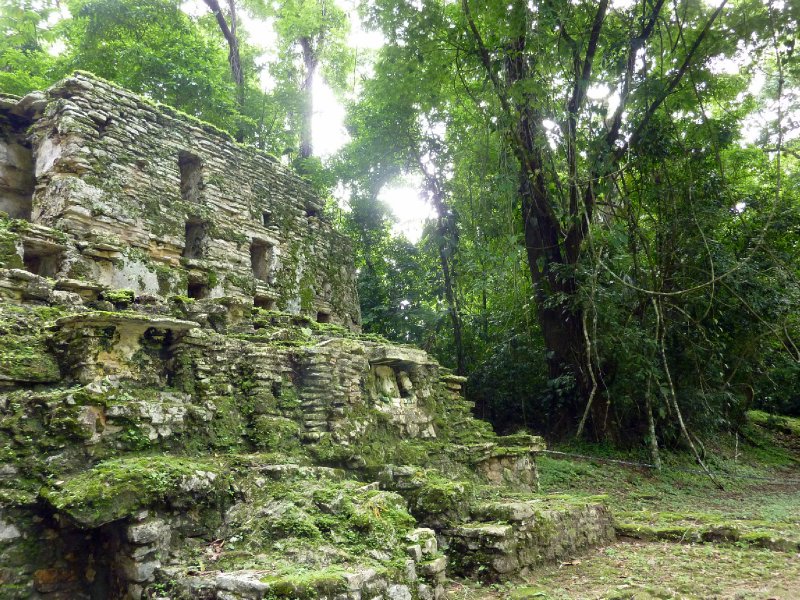 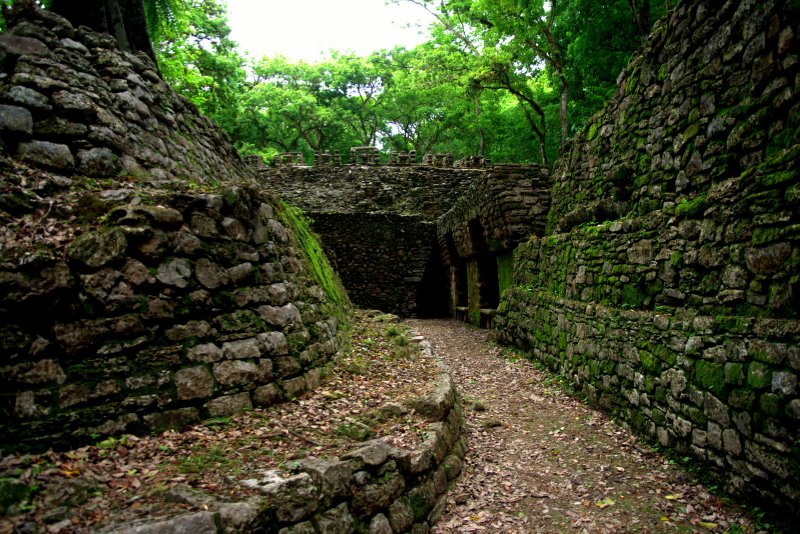 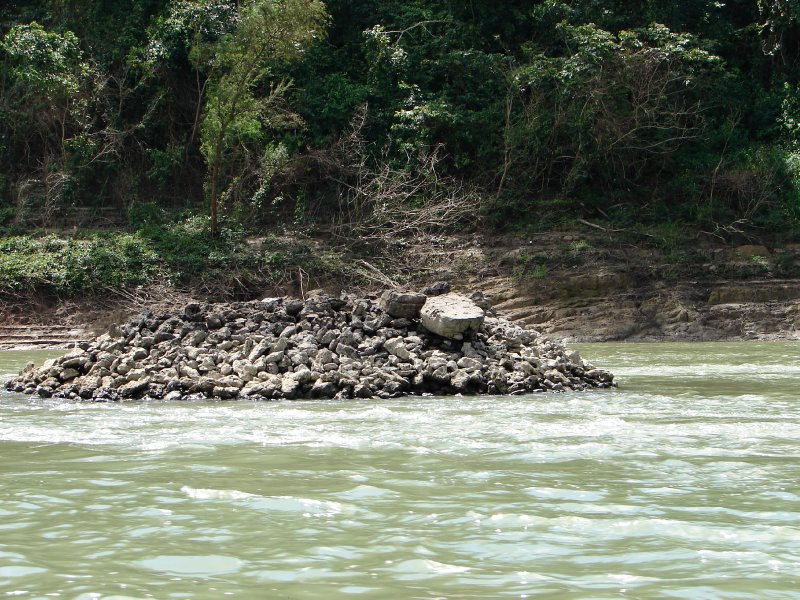 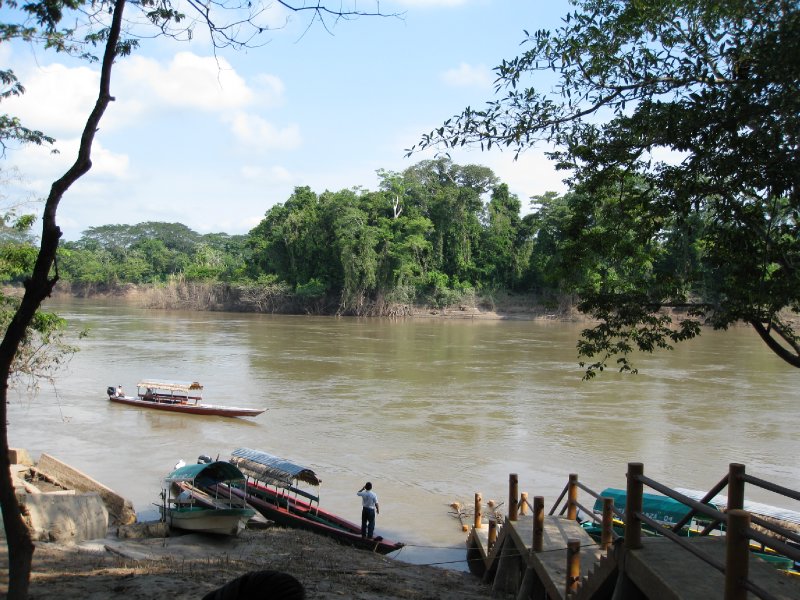 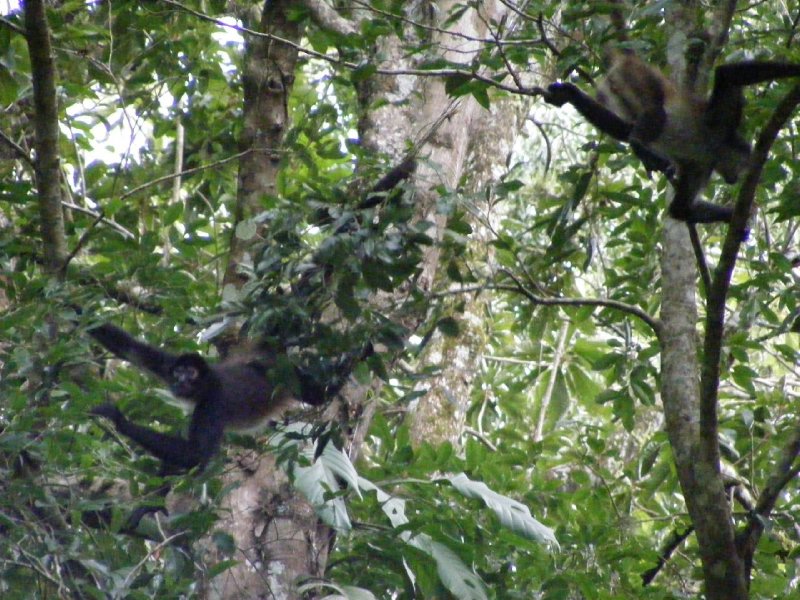 Finally we stopped on the way back to Bonampak, some more ruins which had some very well preserved murals. 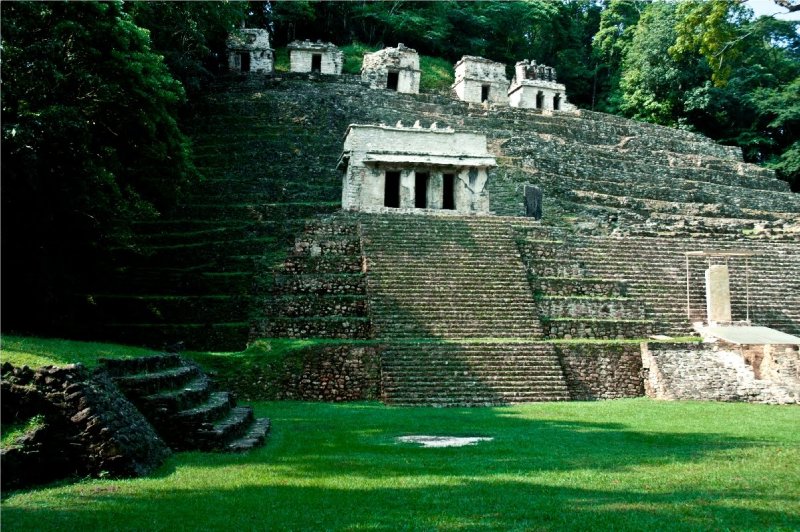 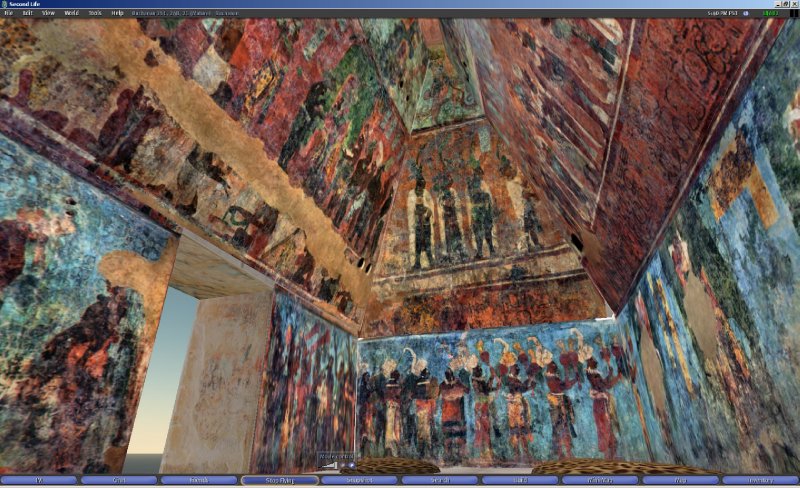