Although not my favourite maya site I have visited so far, I couldn't not talk about Chichén Itzá and show you some pictures. Compared to other sites I have already talked about before, this one looks a bit like Disneyland... a LOT of tourists, especially waves of people from the U.S coming from nearby Cancún and exclaiming every 30 seconds "wooaa that's so nice" (even in front of the toilet sign). I'm exagerating a little but not too much...
Anyway the site is huge and the buildings have been remarquably well restaured, although you cannot climb anymore on the pyramids and various stairs in order to preserve the buildings intacts. That's why I am comparing this to Disneyland, it's nice, huge but lots of people everywhere and you cannot go anywhere off the beaten track nor climb the structures. Besides what I liked about Palenque was the fact that their ruins were in the middle of the jungle. Here all the trees have been cut to facilitate the access to the public.

I didn't have much time to visit as I made just a short stop on my way from Merida to Tulum, but I was lucky as it suddenly started to rain, making the hordes of tourists to disappear under some shelters and trees, leaving the whole place for me and my camera...

For a bit of history, Chichén Itzá was a major economic power in the northern Maya lowlands during its apogee (roughly 600 AD). Participating in the water-borne circum-peninsular trade route through its port site of Isla Cerritos on the north coast, Chichén Itzá was able to obtain locally unavailable resources from distant areas such as obsidian from central Mexico and gold from southern Central America.

Between AD 900 and 1050 Chichen Itza expanded to become a powerful regional capital controlling north and central Yucatán but started to decline around 1250. While Chichén Itzá "collapsed" or fell (meaning elite activities ceased) it may not have been abandoned. When the Spanish arrived, they found a thriving local population, although it is not clear from Spanish sources if Maya were living in Chichen Itza or nearby. The relatively high density of population in the region was one of the factors behind the conquistadors' decision to locate a capital there. According to post-Conquest sources, both Spanish and Maya, the Cenote Sagrado, next to which Chitzén Itzá was built, remained a place of pilgrimage. 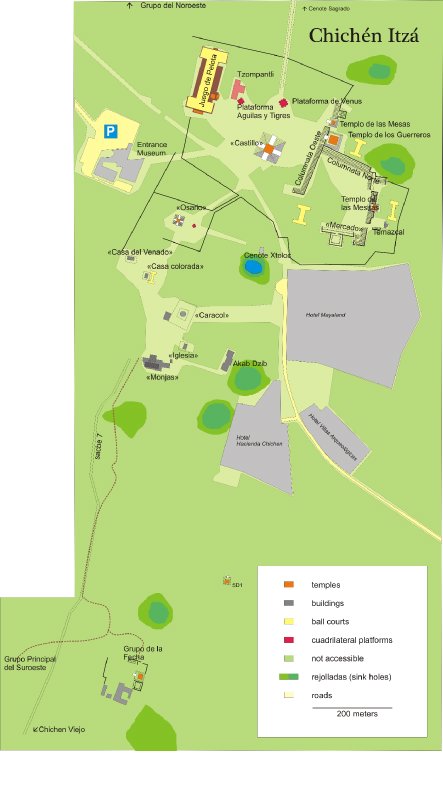 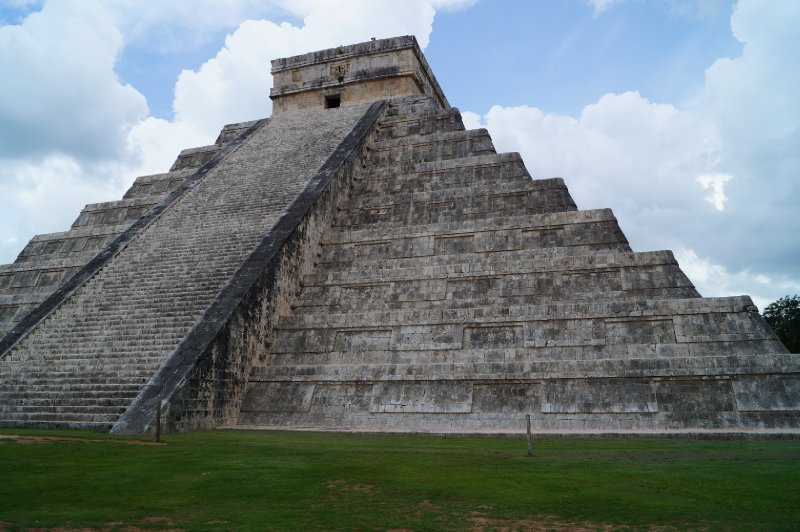 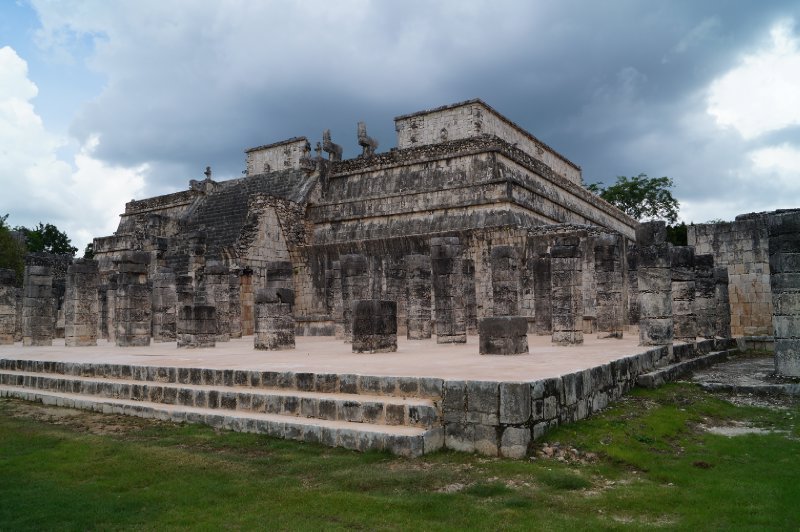 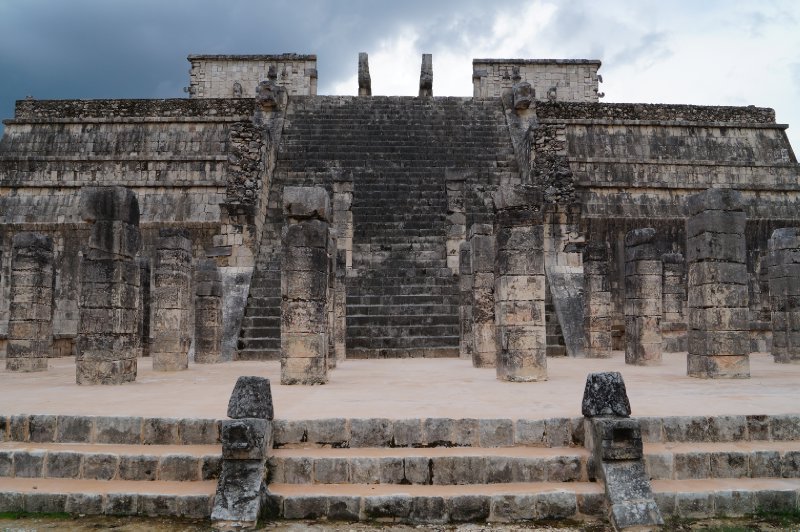 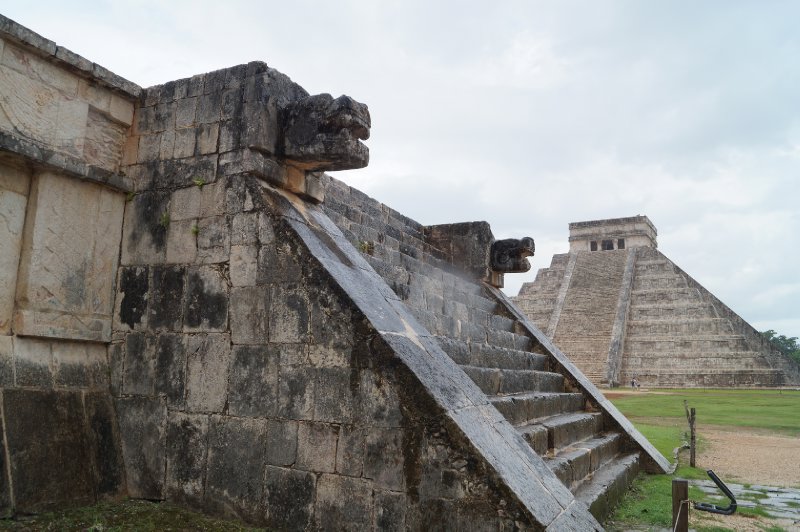 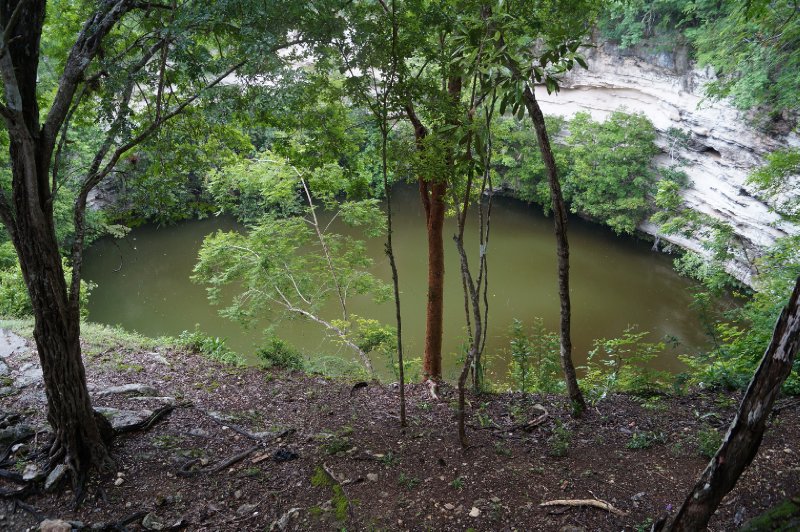 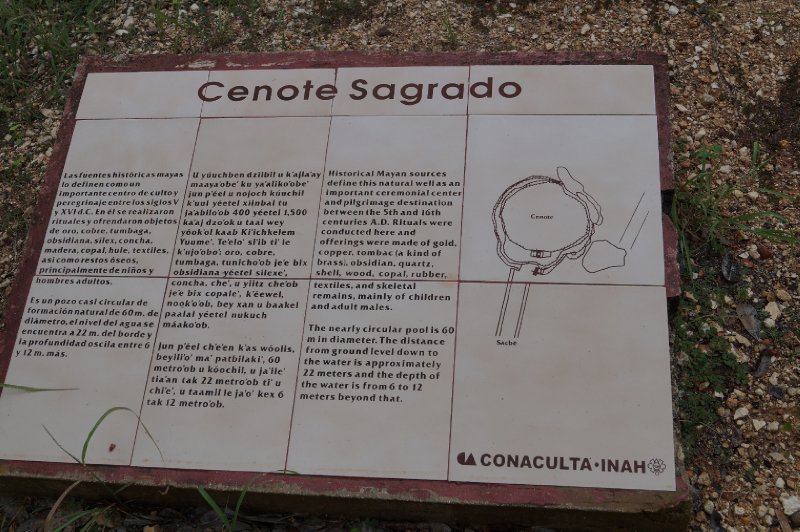 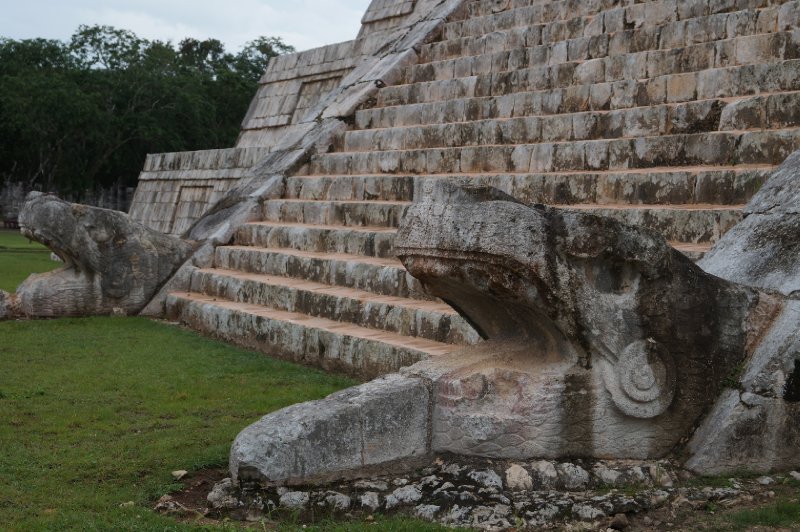 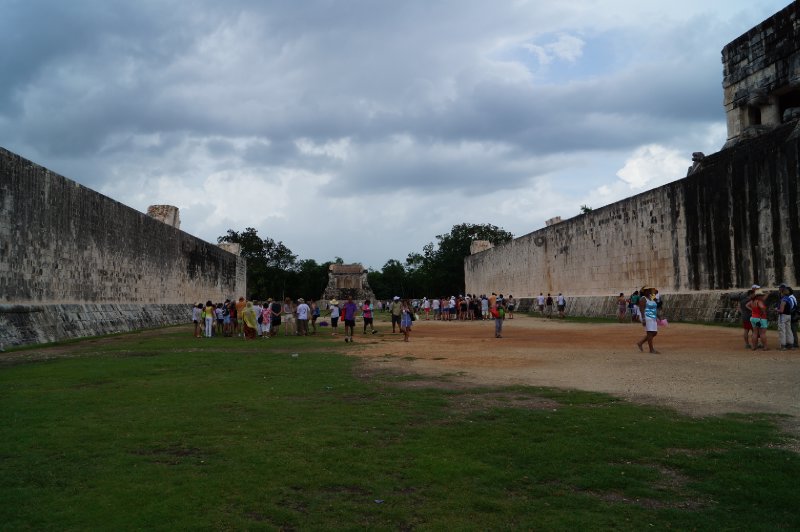 This is where mayas were playing the "ball game" which included sacrificing/beheading the losers. You can see on the right and at the bottom the structures where the kings and other nobles were standing, overlooking the field. 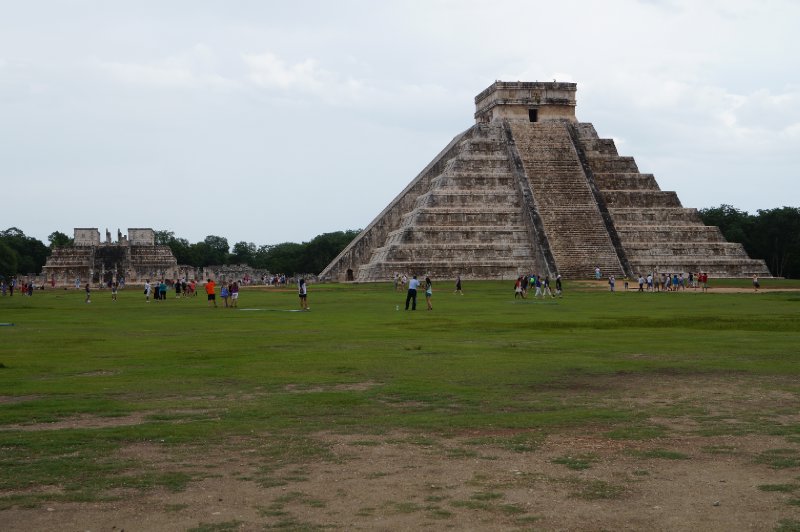