Here we are, it has been so far more than a month and a half since I have set foot on the Mexican soil. I was originally only planning to spend a few weeks in this amazing country but there were so many things to visit and experience, met so many people along the way that it would have been really hard to go faster. But time is also running fast and if I want to stick to my original plan (September in South America, December in New-Zealand), I now have to go faster and will also probably end up skipping or just crossing some countries like Nicaragua, El Salvador, Costa Rica and Panama. And to be honest, going to one place after an other is quite exhausting, I always prefer staying a few more days in a place if I like it, rather than trying to travel with a checklist and just crossing off names for the sake of it. I am pretty sure already that I will come back one day in this area, so it is probably best to leave some "mysteries" for later.

But still, I had an amazing time in Mexico and was really far to expect that much when I first arrived. I definitely recommend this country to whoever wants to visit it but weren't too sure about safety or language issues. There are true wonders in Mexico and I just only scrapped the surface. Local people are extremely nice and love to talk with foreigners if you have the advantage of speaking a bit of spanish.

That is what I was thinking in the bus which took me from Tulum to Chetumal, the last town before the Mexican border on the east coast. My plan was then to take directly a boat to Caye Caulker in Belize, where new snorkelling adventures were awaiting along the reef. Coming from Mexico, you have to pay the exit fee (about 300 pesos - 18 euros) and also the boat which is not that cheap, but saves you the cost and time to go to Belize City first and then take a boat for one of the islands (islands which are called Cayes - pronounced "keys"). 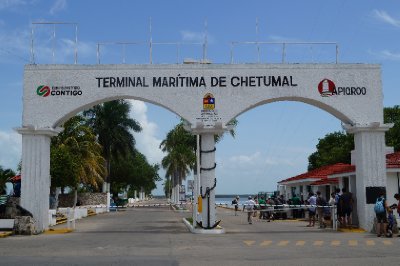 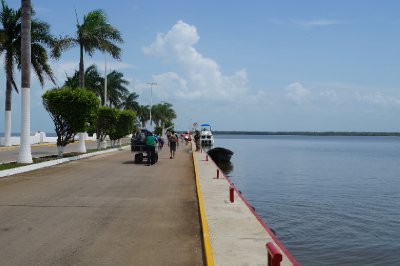 And although the Mexican authorities will check your bag before you leave the country to make sure you are not taking any drugs with you, the Belize immigration in San Pedro is the best (understand: relax and cool) I have seen so far. They are located on a beach so you just have to go through a little deck to get your passport stamped and at the other end of this deck, there was a little bar with live music... I invite you to check the video below to get an idea.... 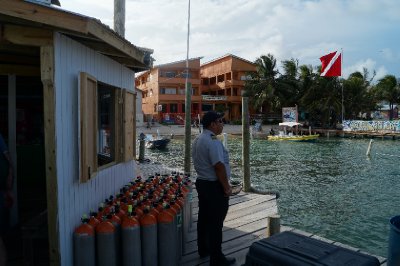 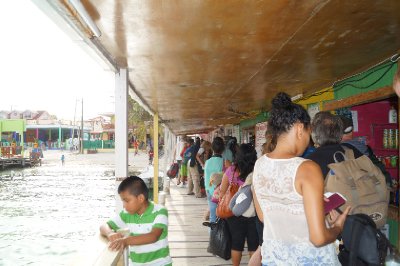 The immigration checkpoint in San Pedro