Not a long post there, as Panama city was for me more a springboard to reach Colombia. Indeed even though you cannot cross the border between Colombia and Panama by land (because of the Darien Gap), there are other options available. One is to fly over to Bogotá or Cartagena but this is a bit expensive, or the other option is to take a boat from the Caribbean coast of Panama and sail directly to Cartagena (or just to the Colombian border).

So while waiting to find a boat which would take me to Colombia (I have decided to avoid flying when I can), I took the opportunity to visit a bit Panama City and its famous canal: 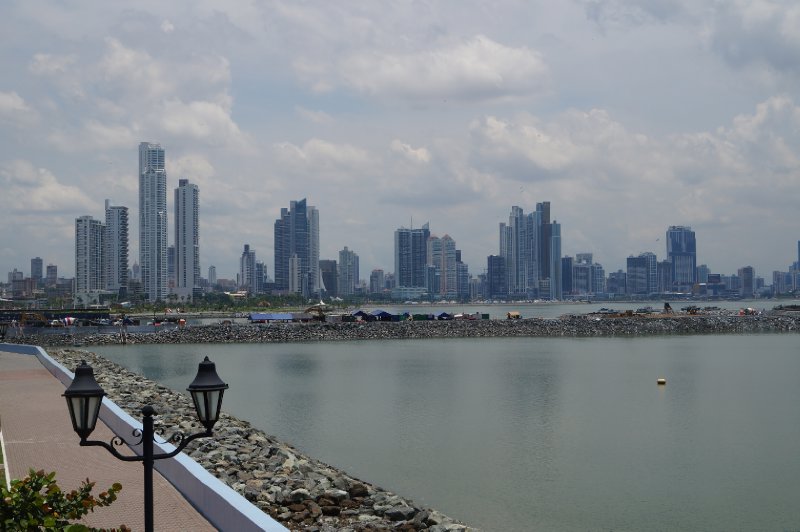 The finance area of Panama City 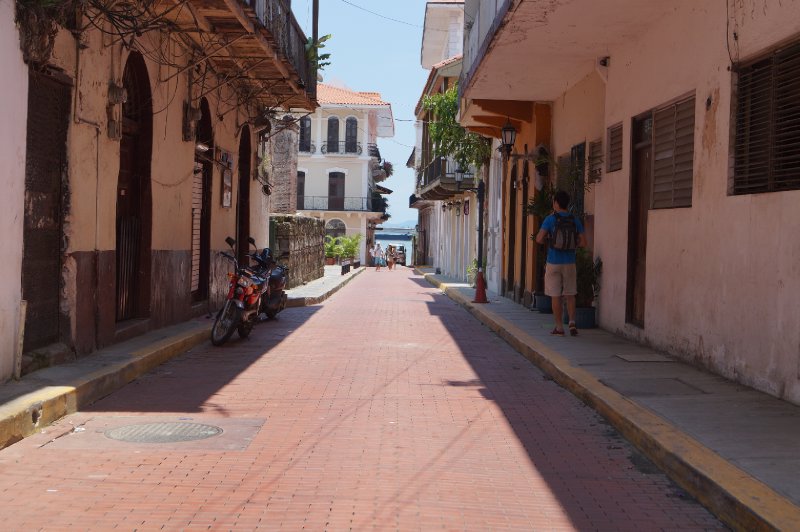 Little streets in the old Panama 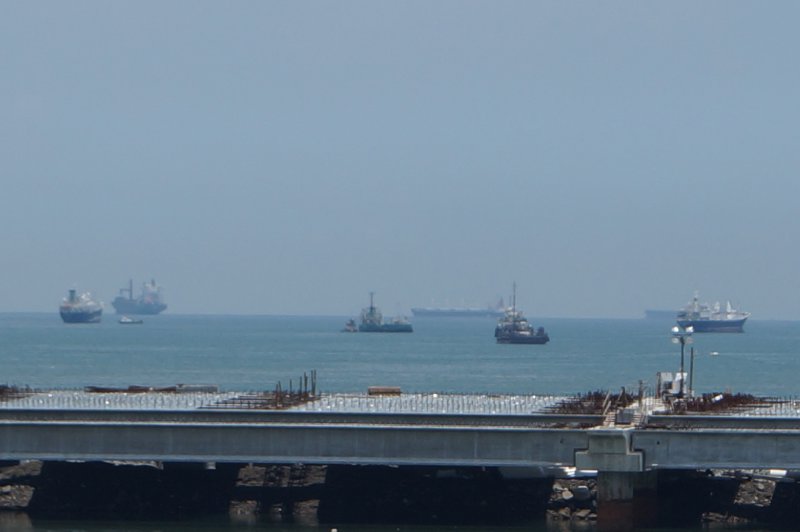 Ships waiting to cross the canal 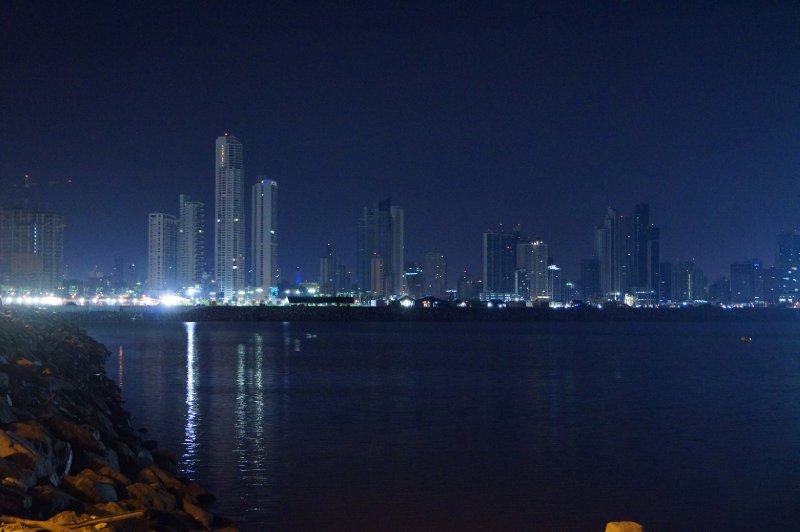 The new Panama City by night 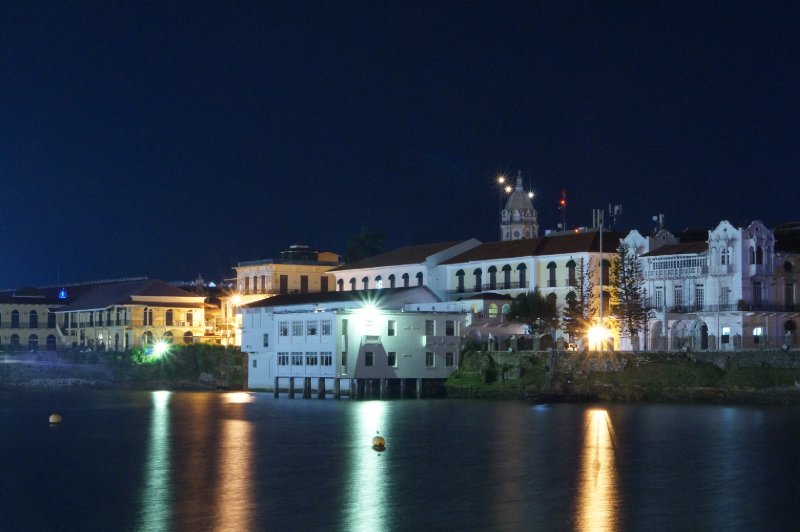 The old Panama City by night 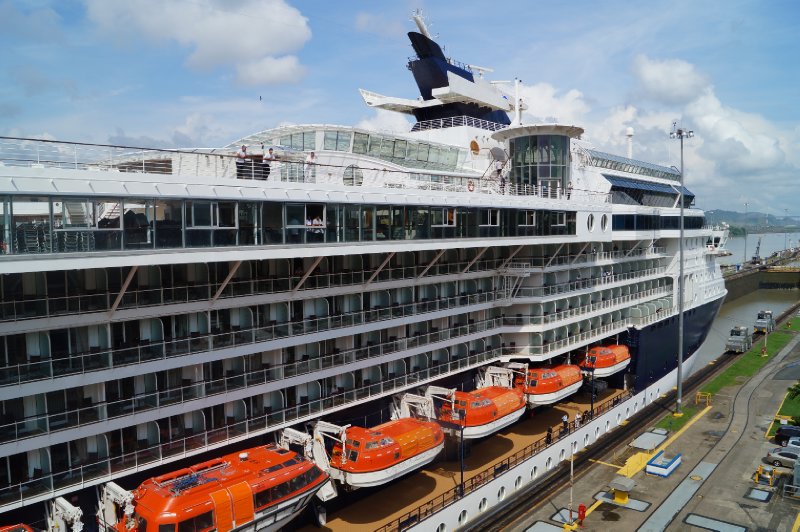 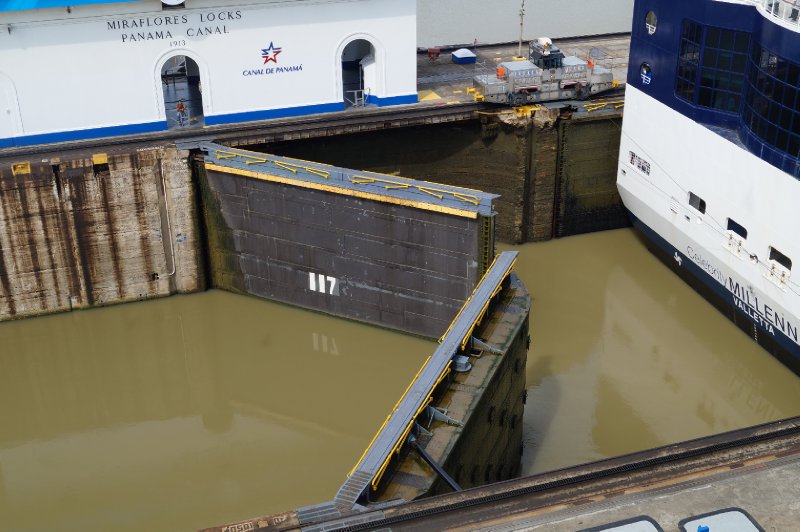 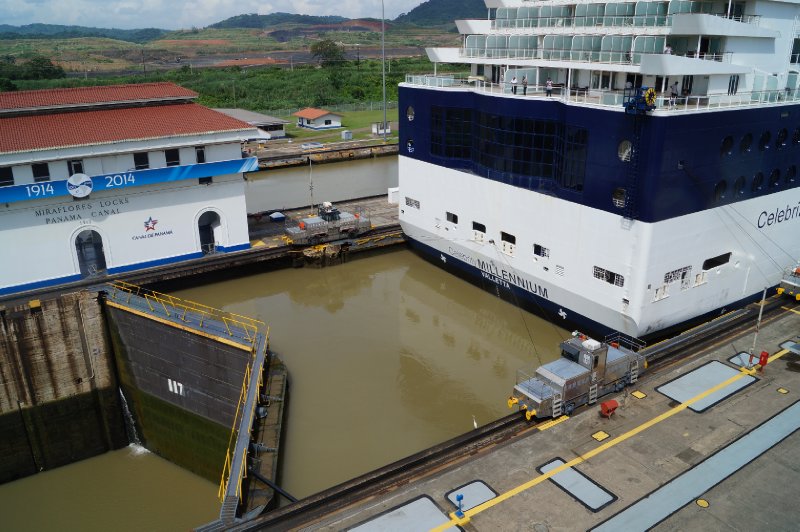 The gates in action 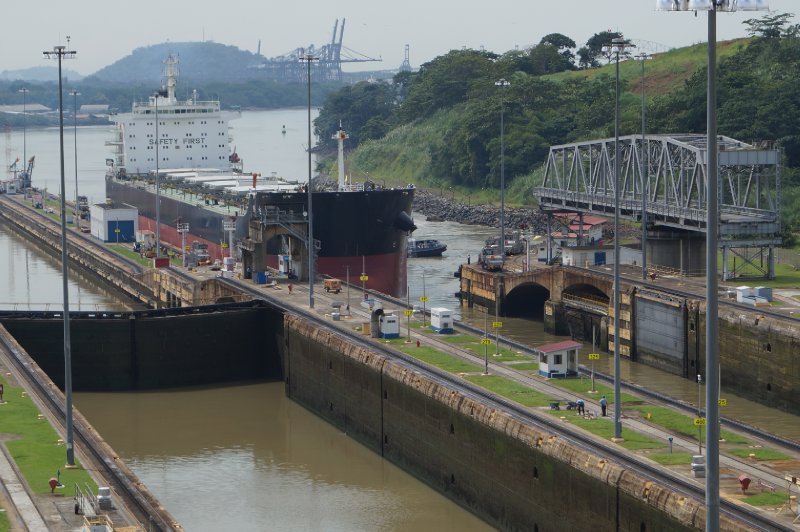 I would spend 3 days in total in this city, which was plenty enough for me as I quickly got fed up with the taxis trying to rip you off of every dollars they could. I mean it's a common scenario in all countries, especially in Latin America, but the way it is done in Panama is more irritating, especially when you know how much you should be paying and they still insist that you need to pay twice more, just because you are a tourist. Besides that, the town itself (food and accommodation) is not cheap so I didn't have any regrets in leaving early.

After Panama City then, me and my Irish buddy Aidan who I met on the way to Panama decided to head off to Portobelo, a little village on the Caribbean coast, where we had found a boat which was leaving for Colombia a few days later (see next post). Not much to do there except exploring the bay in kayak and taking pictures of the different forts which were protecting the town from the pirates, hundred years ago, with or without success.

As a bit of history, the privateer William Parker attacked and captured the city in 1601 and Captain Henry Morgan repeated the feat in 1668. He led a fleet of privateers and 450 men against Portobelo, which, in spite of its good fortifications, he captured. His forces plundered it for 14 days, stripping nearly all its wealth while raping, torturing and killing the inhabitants.

Besides this, it is even said that since 1956, the coffin of Francis Drake, a pirate famous for raiding all the towns in that area of the Caribbean sea, lies down somewhere in the sea, not far from the coast, but so far hasn't been discovered. 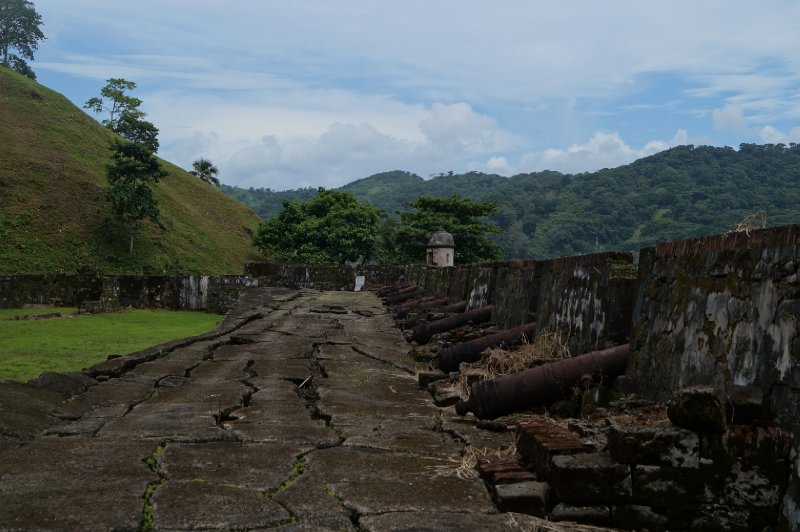 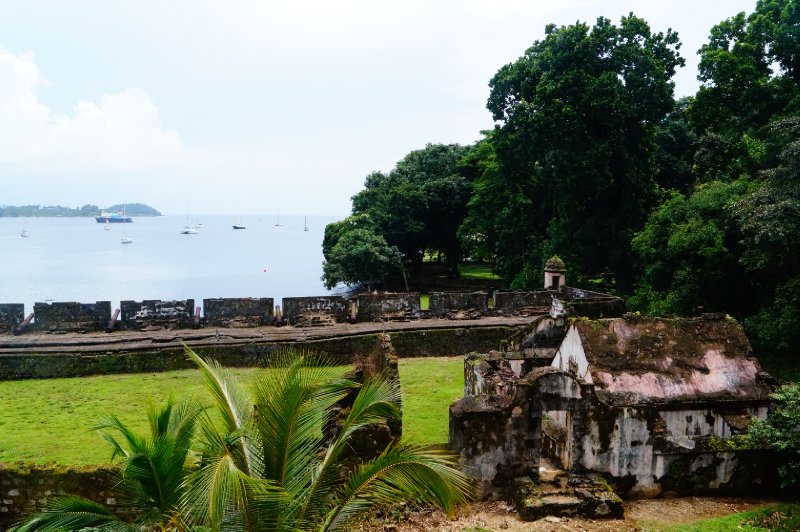 The first fort overlooking the bay 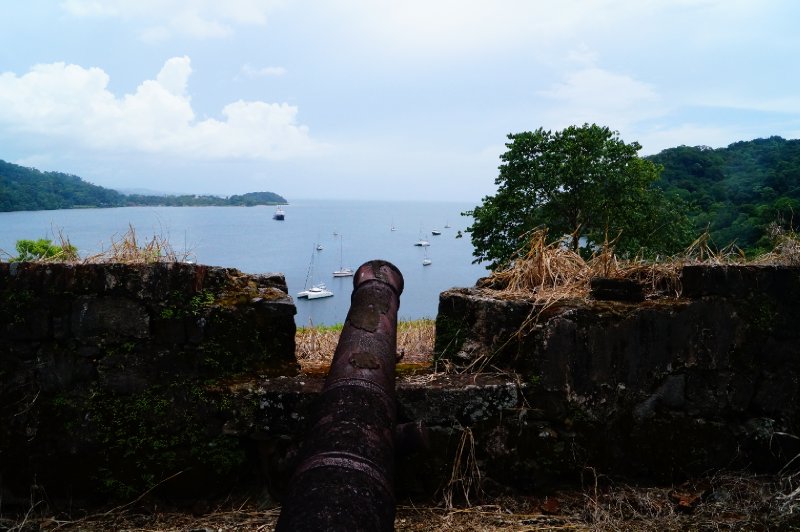 Somehow we really wanted to fire that cannon! 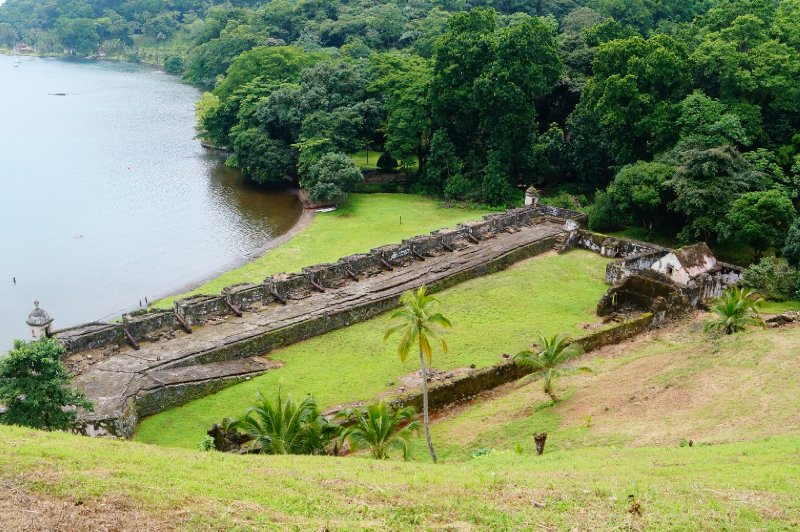 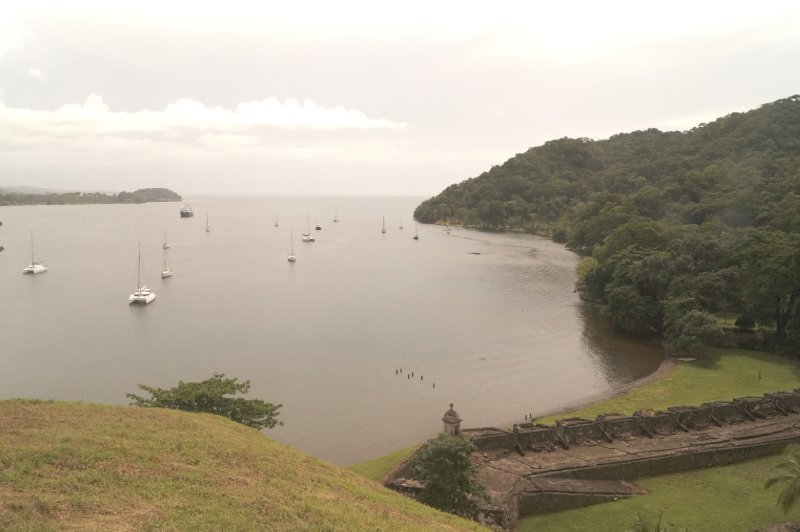 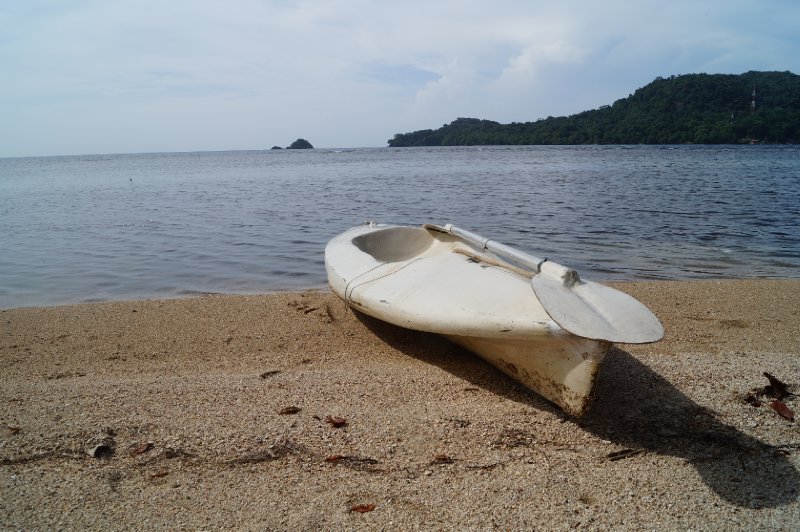 Kayak session in the bay 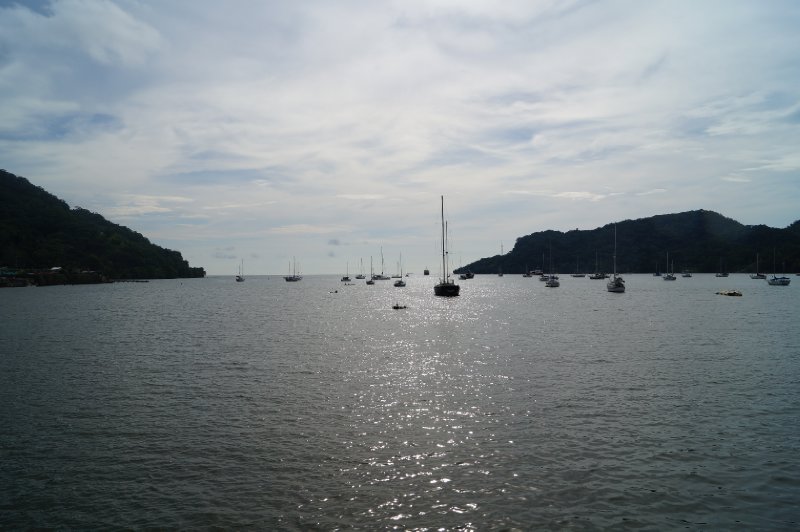 Sailing ships anchored in the bay 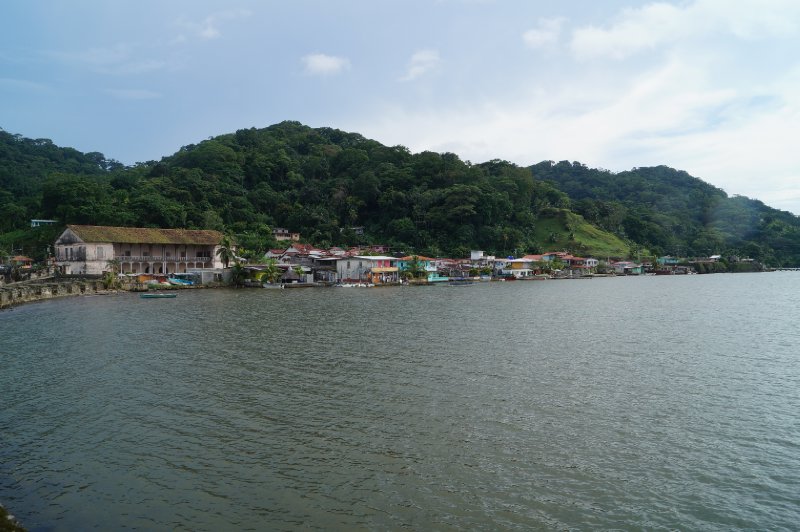