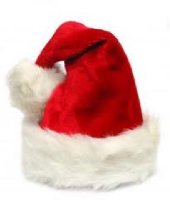 I know I know I am now quite late behind with the blog... So I will try to catch up as fast as I can in the next days, maybe writing condensed articles with less pictures, but I have been saying this now for a while so I would better not make any promises!

After Mendoza and Bariloche, I arrived 28 hours later in El Calafate and with new friends met on the bus. Already the prices for accommodation and food were higher but apparently it is common knowledge that Patagonia is a lot more expensive than the rest of Argentina. Yes you read correctly, I had finally reached Patagonia, the last region on my list in South America! I didn't count all the hours spent in buses but it would be interesting to make some statistics. However Patagonia is a big region, encompassing both Argentina and Chile so a little bit more to go still...

Anyway, in El Calafate the main attraction is the majestic Perito Moreno, a huge glacier which unlike others, is still growing and advancing. I didn't know much about glaciers before seeing one, so I will just provide a bit of information for those who want to know more about this nature wonder.

Basically a glacier is a large accumulation of snow, which forms ice over years and years. The main thing for a glacier to form and grow is that the glacier has to grow larger in winter than it is receding during the summer time (ablation). And finally, because of the gravity, the glacier will slowly move downwards like water and due to the effects of pressure, some parts of the glacier at the front will fall regularly, creating small icebergs and huge cracking sounds.

That's for the very very simplified explanation of what is a glacier and on the right is a diagram showing the different glacier parts. 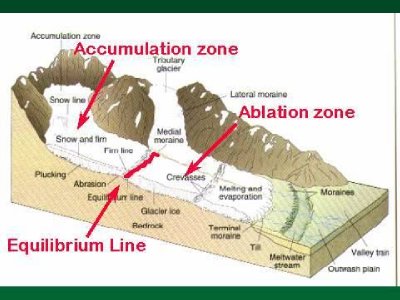 The Perito Moreno is quite spectacular and a famous tourist attraction as it is one of the most accessible glaciers in the world, after just a short ride in bus, it is indeed possible to admire it and to be right in front of it. And the difference with this glacier is that the accumulation stage is more important than the melting and evaporation stage happening at the front so that's why the glacier is still growing, by sometimes up to 2 metres a day! And after a bit of thinking, we decided to squeeze some extra dollars in and do a guided tour on the glacier itself, with crampons. I have to say that the money was really worth the trip as you can judge by the few pictures below... 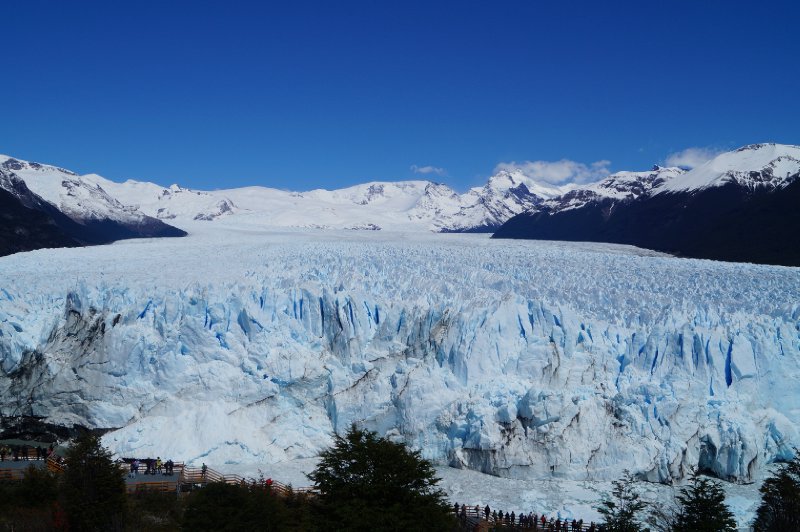 The right side of the glacier 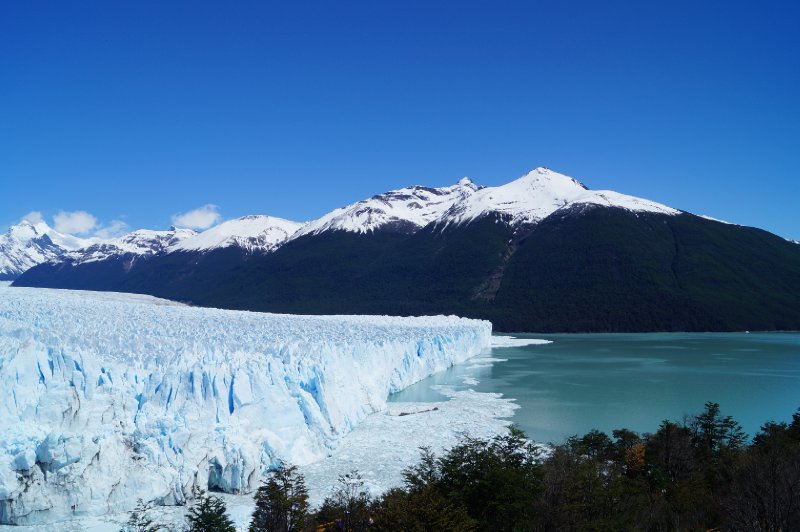 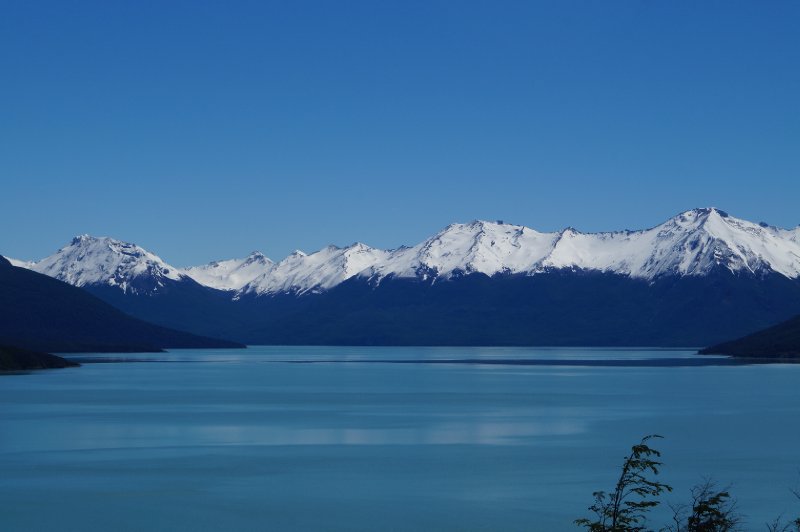 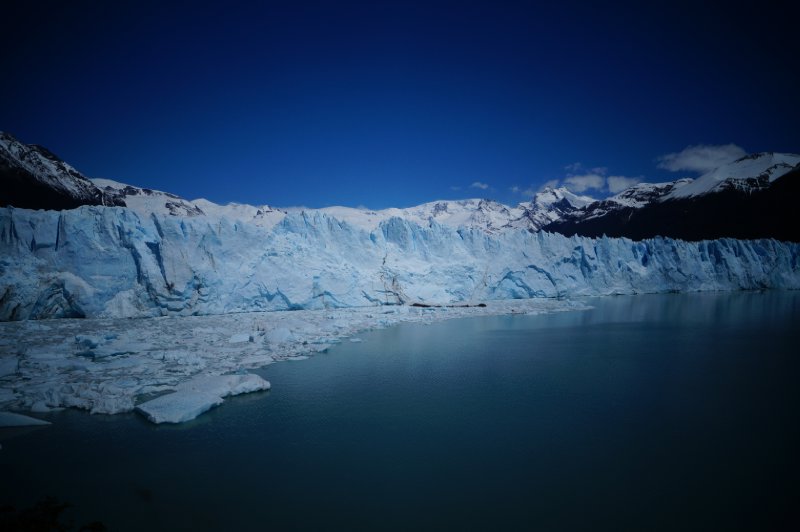 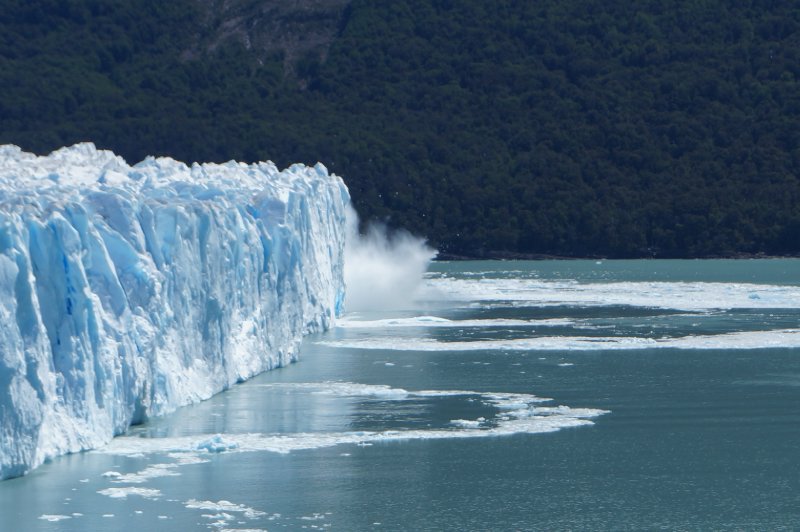 A bit far away, but I managed that day to capture the ice falling from the glacier 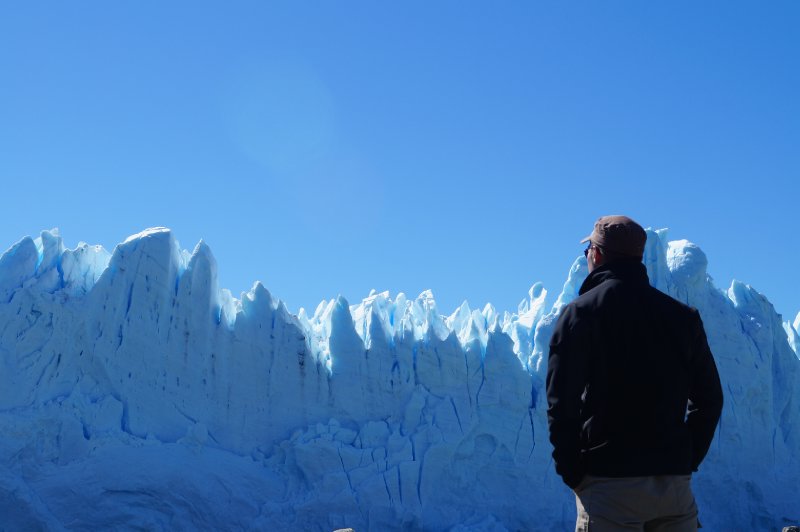 You feel very little in front of this wonder of the nature... 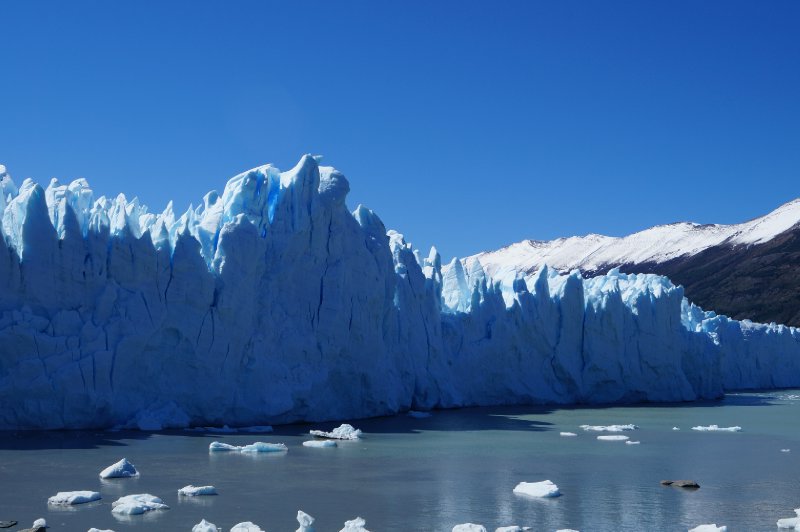 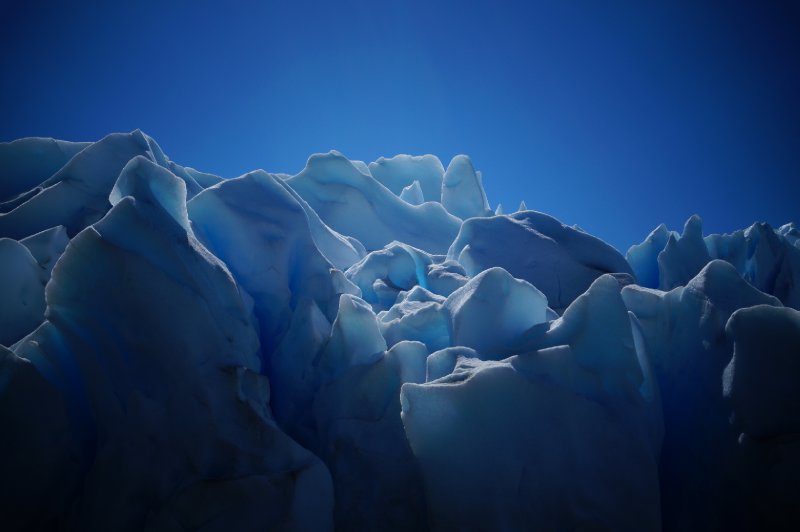 The glacier from the "inside" 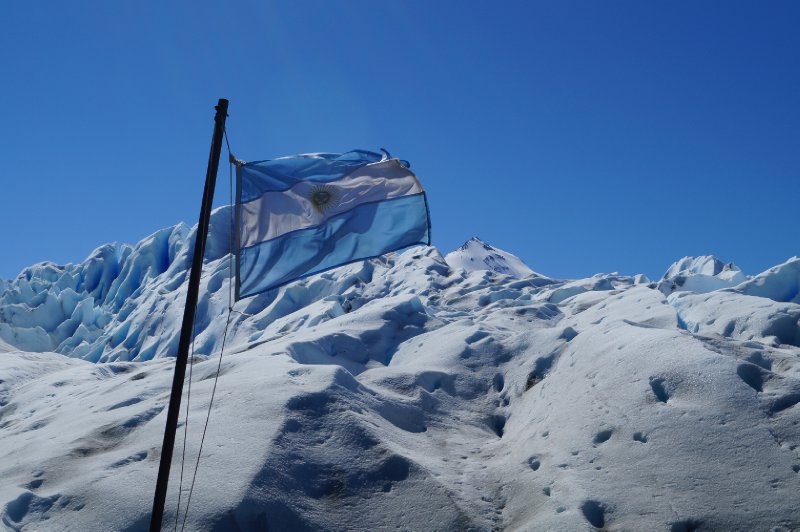 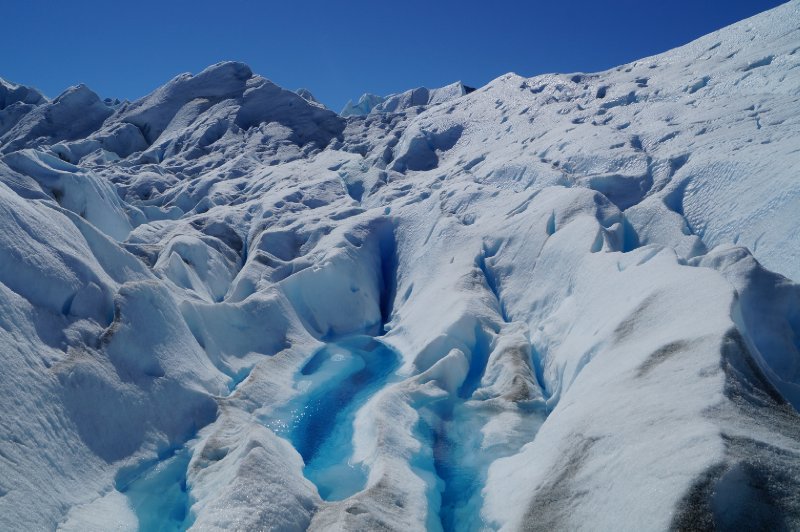 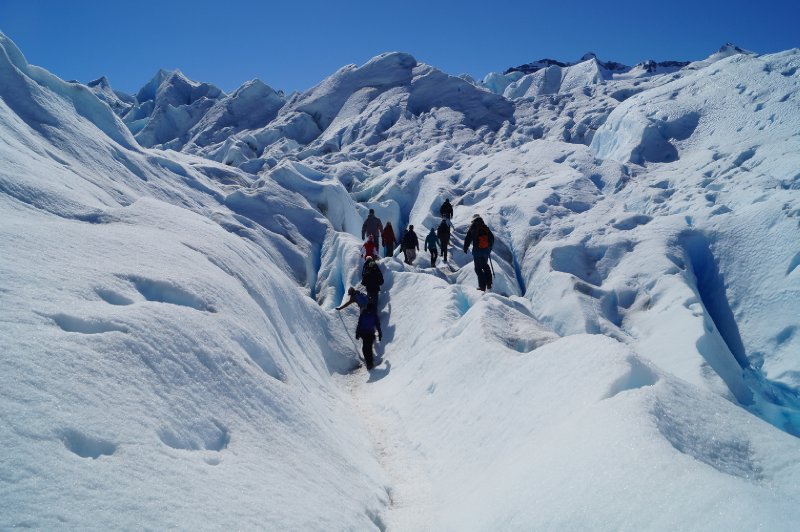 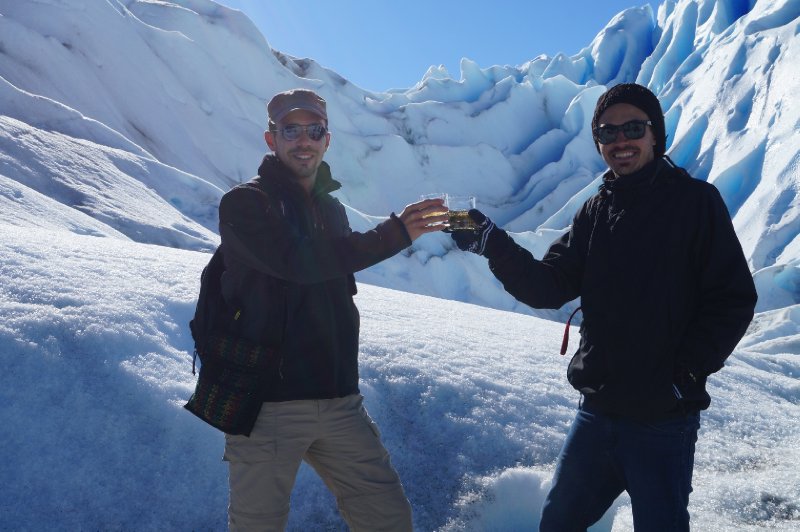 Matt and myself celebrating our day with a glass of whisky to warm us up... 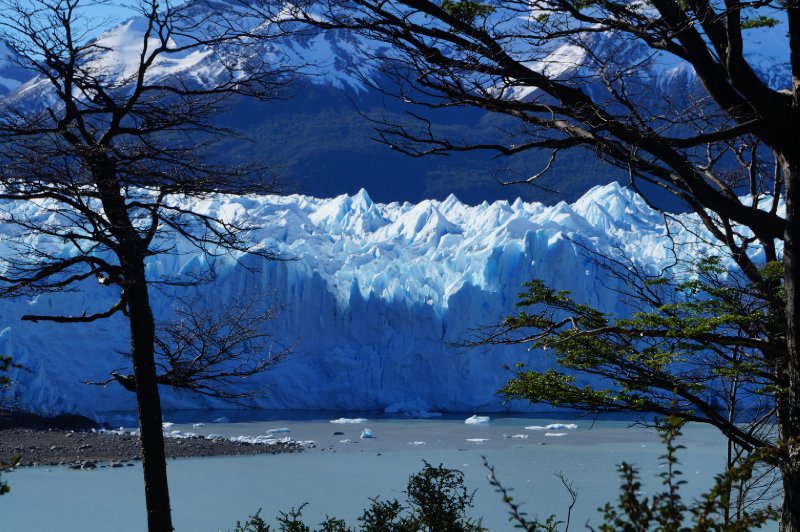