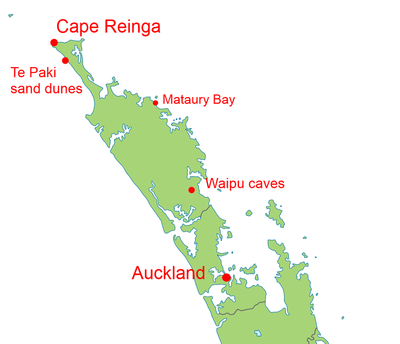 The first part of my journey in New Zealand, after having taken a deserved rest in Auckland for a few days, was to go North to the most northern point of New Zealand, Cape Reinga, where the Tasman sea meets the Pacific ocean. We decided then with a few friends to rent a car for 3 days and also take the opportunity to visit a few places on the way.

The landscape was indeed really scenic, as we expected, and the first interesting stop was to explore some dark caves and admire the famous glow-worms of New Zealand.

"In New Zealand and Australia, glow-worms are the larvae (maggots) of a special kind of fly known as a fungus gnat. Fungus gnats look rather like mosquitoes, and most feed on mushrooms and other fungi. However, a small group of fungus gnats are carnivores, and the worm-like larvae of these species use their glowing lights to attract small flying insects into a snare of sticky threads."

When switching off all our lights, the cave suddenly turns into an amazing sky filled with millions of stars. Truly spectacular. 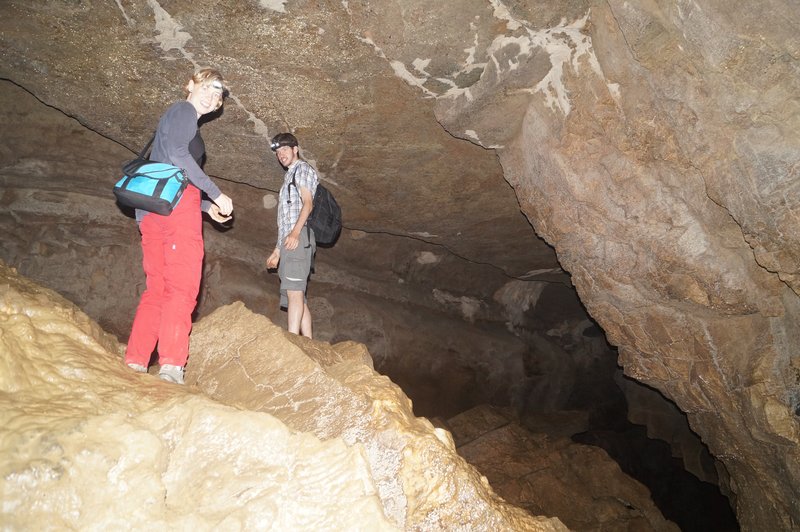 Daniela and Ben enjoying climbing in the cave 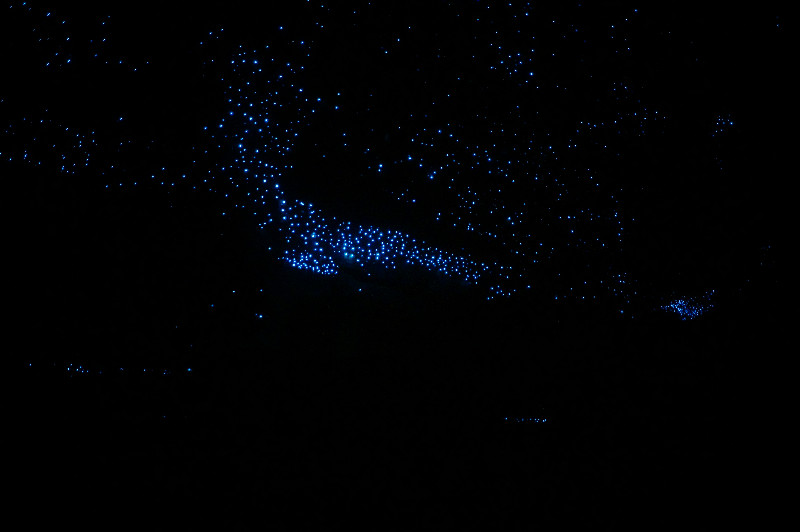 Glowworms in the dark... 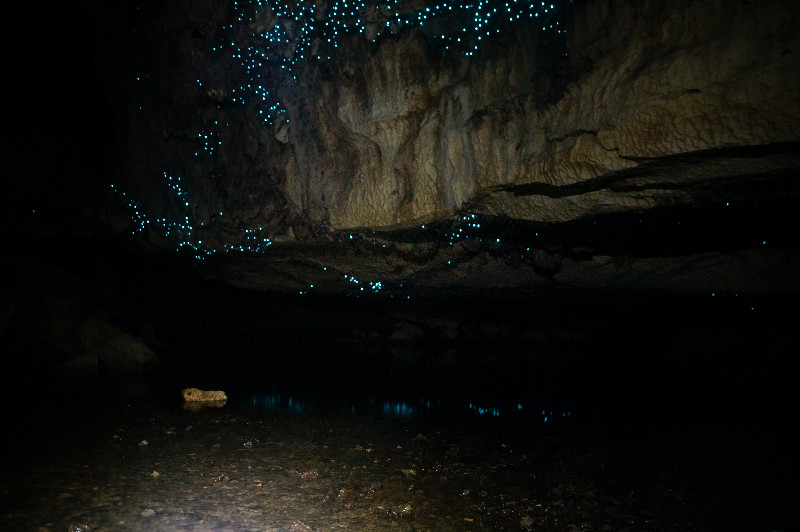 We then carried on to the Bay of Islands, one of the very touristic places in New Zealand and spent the night in Pahia, while admiring the nice bay. The next day, still carrying north and after having picked up other people, we stopped several times along the way to enjoy waterfalls, beaches, sand dunes and to finally reach Cape Reinga and its famous lighthouse at the end of the day (see pictures below).

The way back the next day was less spectacular as we had a lot of road to cover but I could definitely had a first taste of what New Zealand is during those 3 days. And not a bad one!... 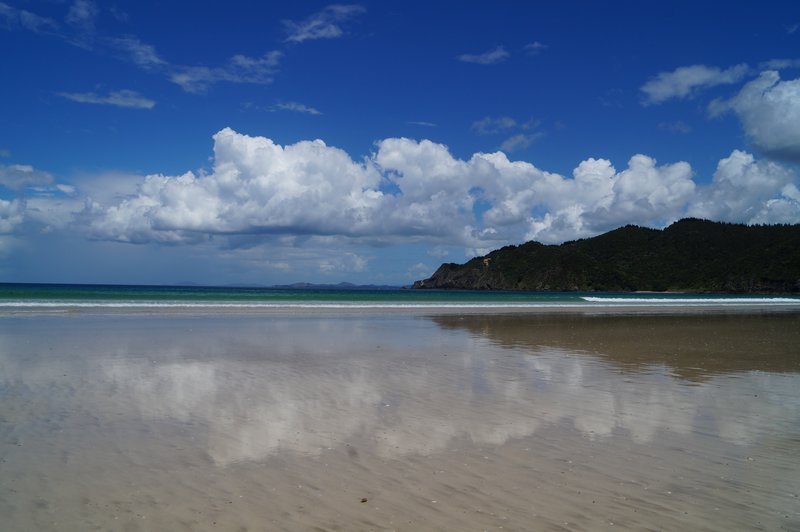 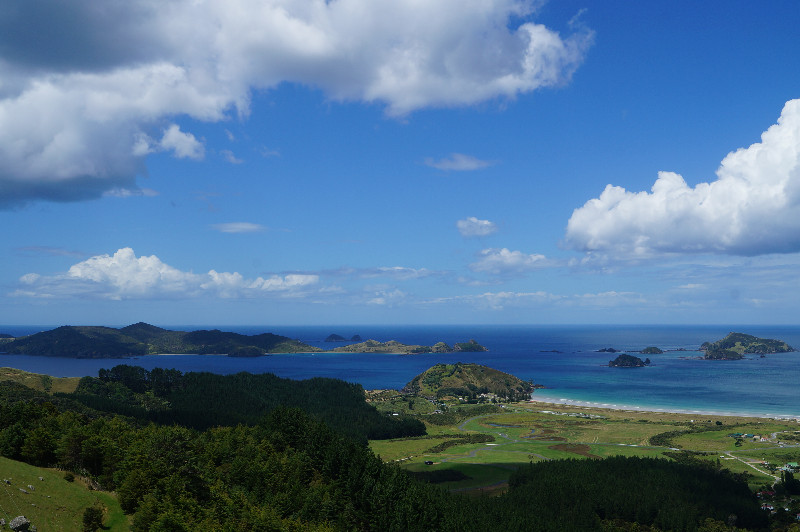 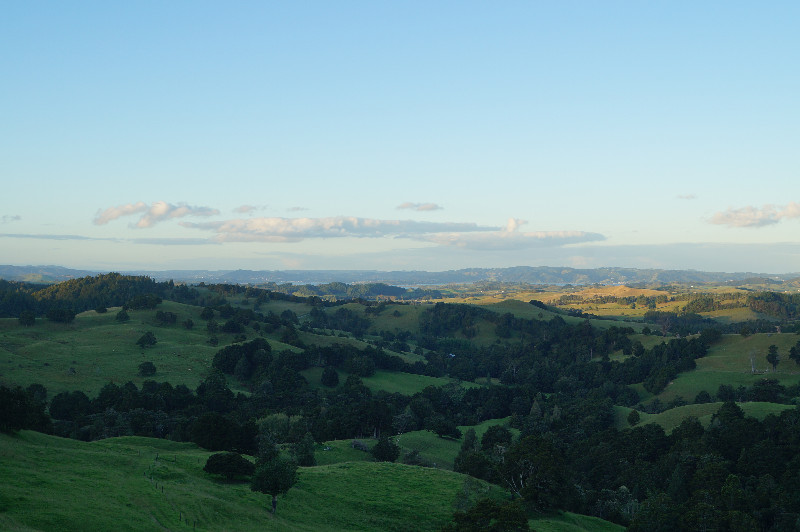 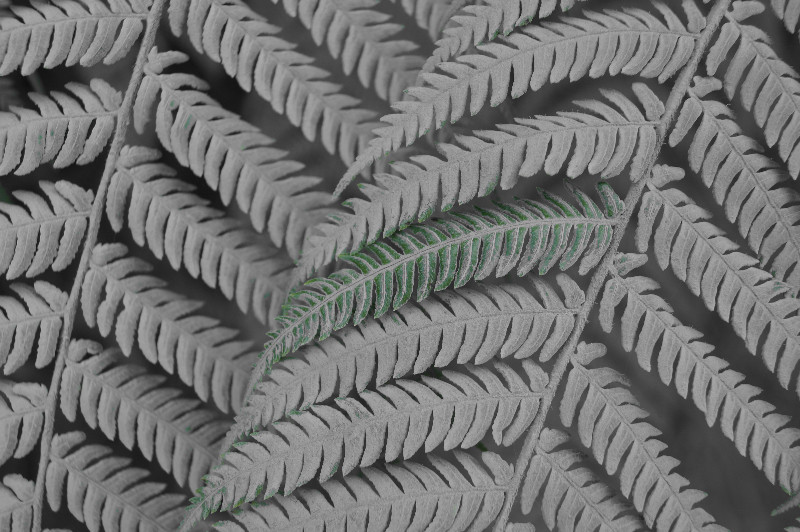 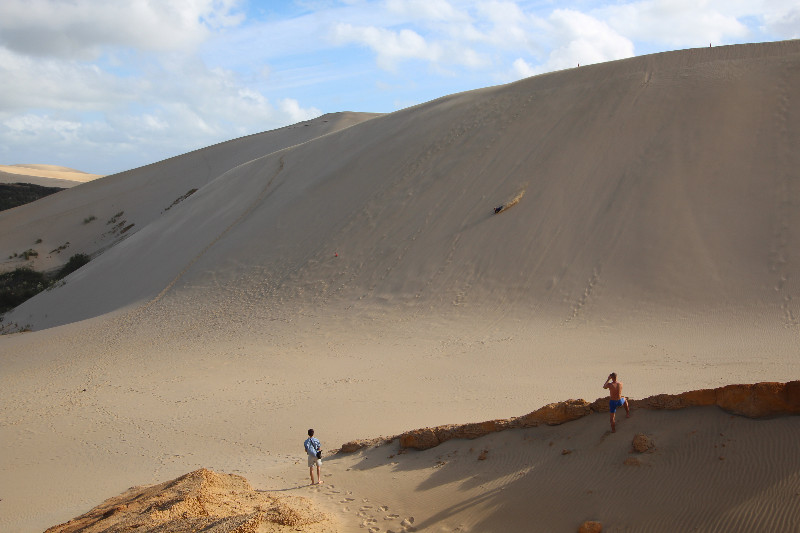 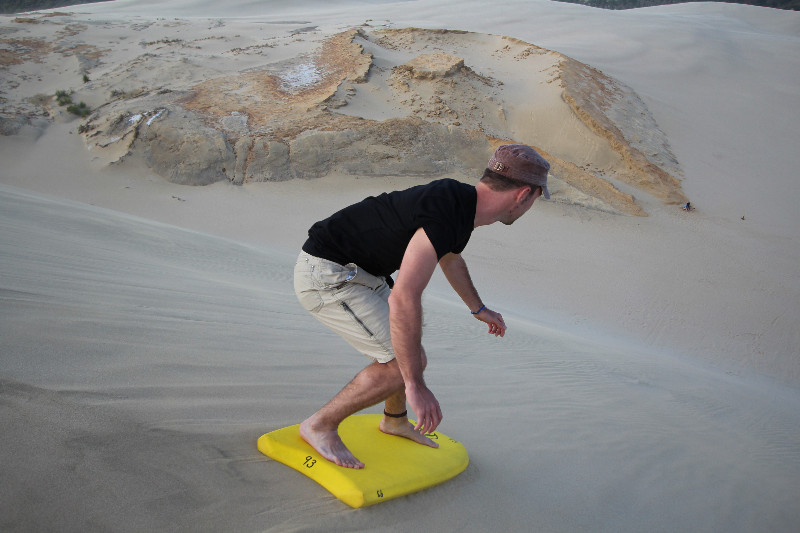 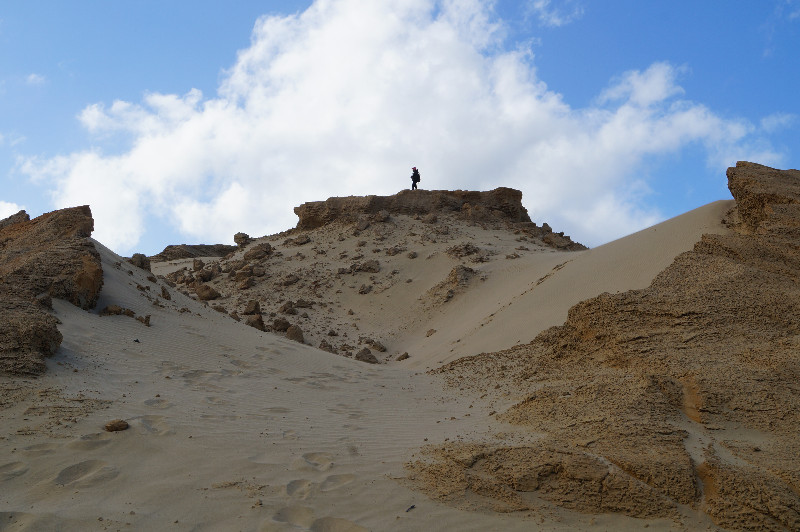 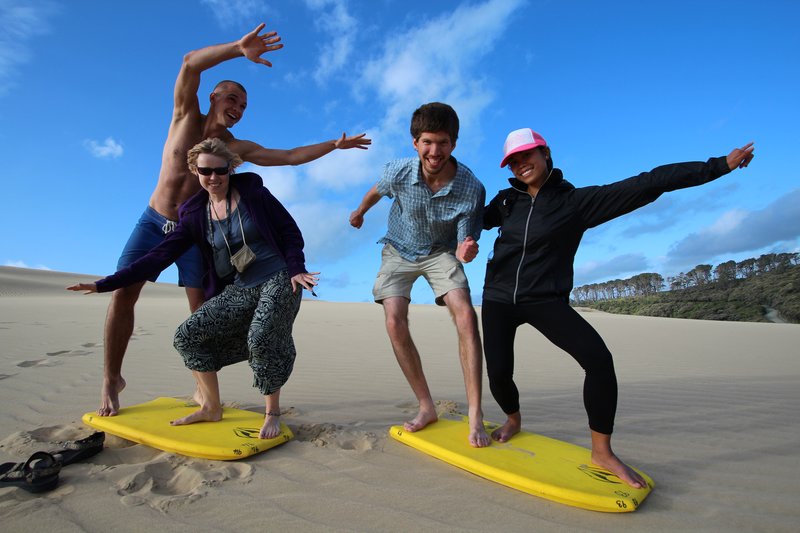 My companions for this short adventure 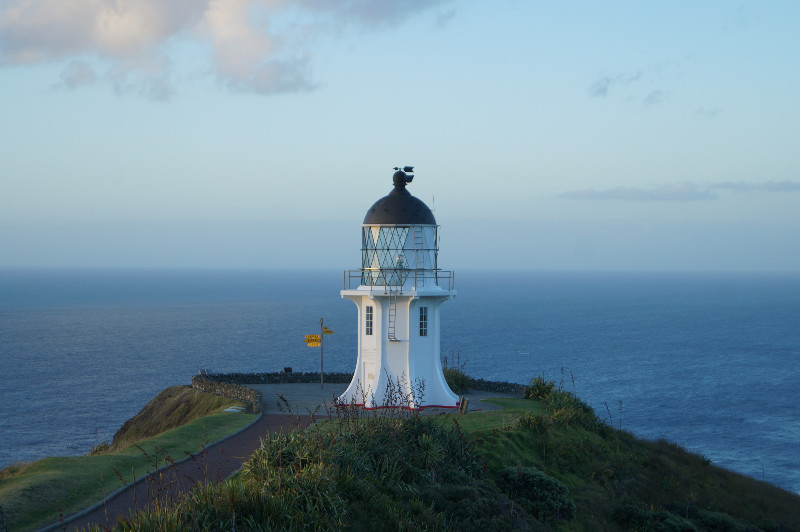 Finally, the lighthouse of Cape Reinga! 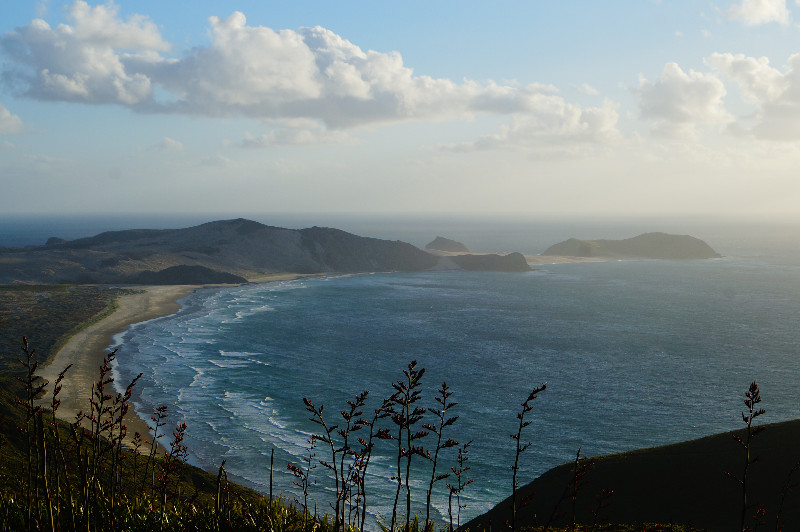 Bay next to Cape Reinga 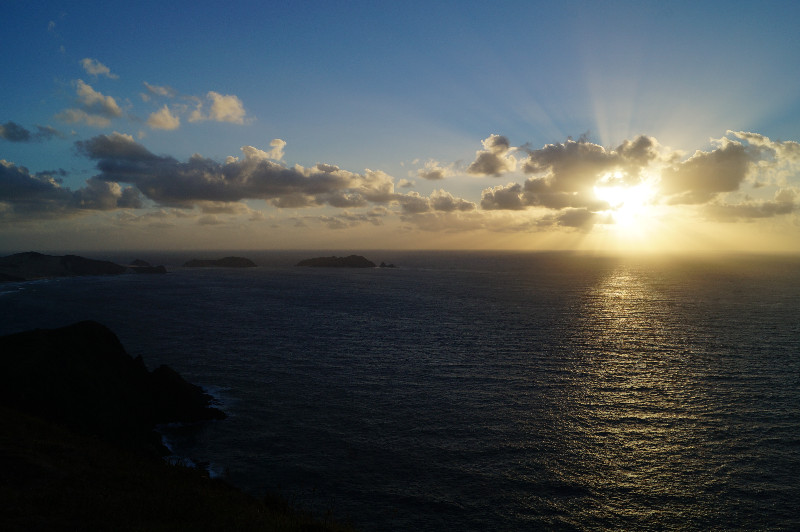 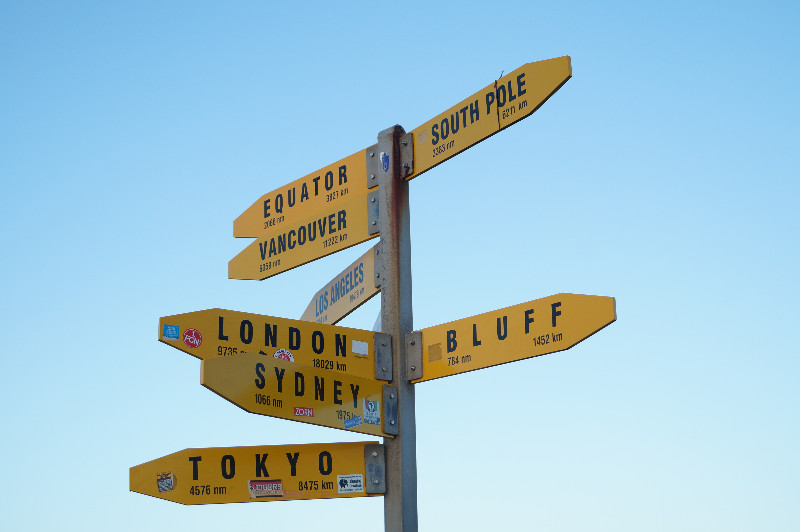 London... quite far away! 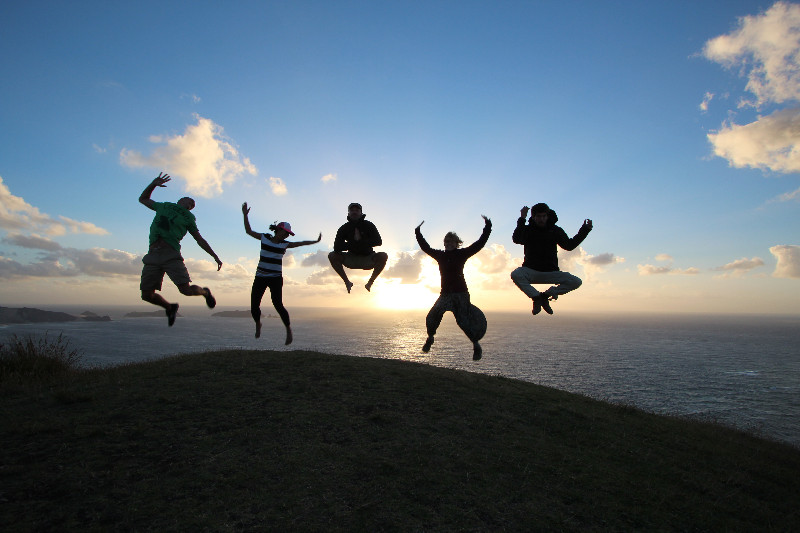 The trip wouldn't have been complete without a jump picture! 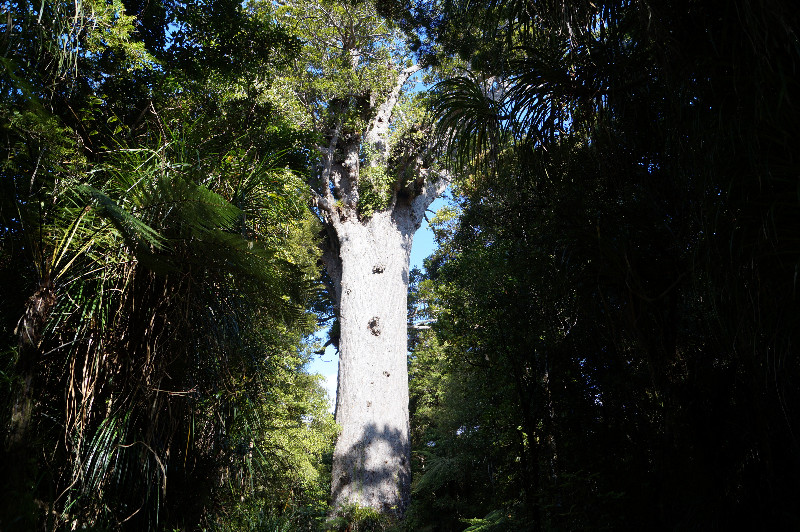 One of the biggest Kauri trees, the native tree in New Zealand 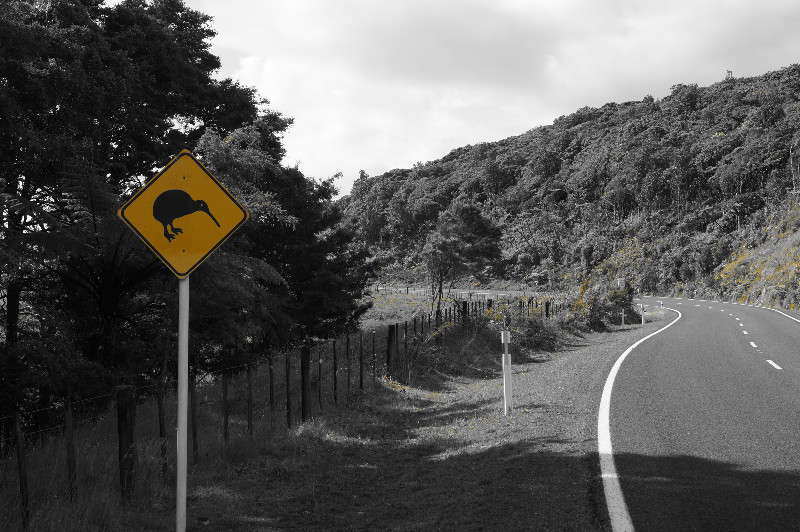