Going down the mine in Potosí

A few days later, I found myself on another night bus (I stopped counting) to a city further south called Potosí. Potosí is actually, as the Bolivians claim, the highest city on earth, at approximatively 4070 meters above the sea level and classified as a Unesco World Heritage Site. But that is not the main reason why one should visit this place. Potosí is also known for its mining activity and particularly silver mining.

Hundreds of years ago, Potosí used to be the richest city in the world, extracting silver from the Cerro Rico mountain and providing the whole America and also Europe with silver coins. The city was founded in 1545 following the discovery of ore deposits in the mountain, which proved to be the world's more lucrative. Under the influence of Spaniards, millions of indigenous people and imported African slaves labourers were conscripted to work in the mines in very poor conditions, and millions of death occurred.

Nowadays there is still a bit of silver waiting to be extracted but also other minerals. The problem here in Bolivia being that there is no industry to process these minerals, which means that everything is being sent abroad, therefore creating a loss of revenue for Bolivia. The current Bolivian president, Evo Morales, although having a good reputation abroad and with the Bolivian farmers (he used to be one) is now not very well seen from all the miners as promises were made during the electoral period but as often, nothing was being done to help the mining industry. This is one of the reasons there are often strikes in Bolivia (and generally in whole South America) to protest for better working conditions. 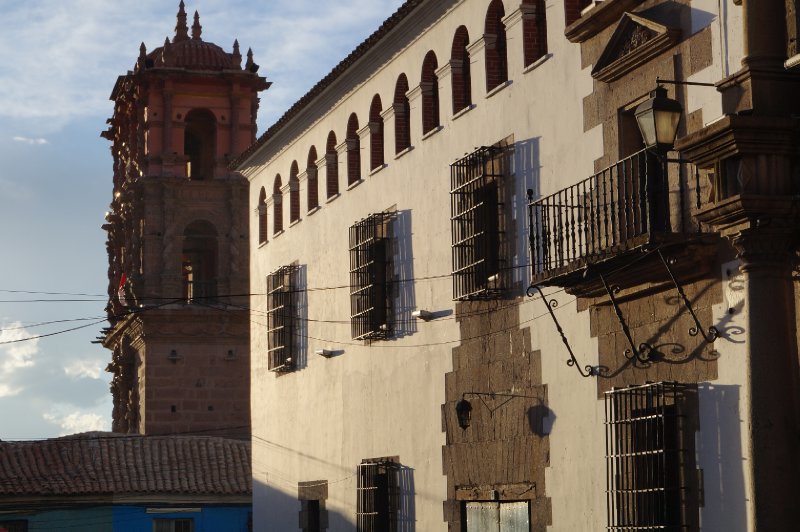 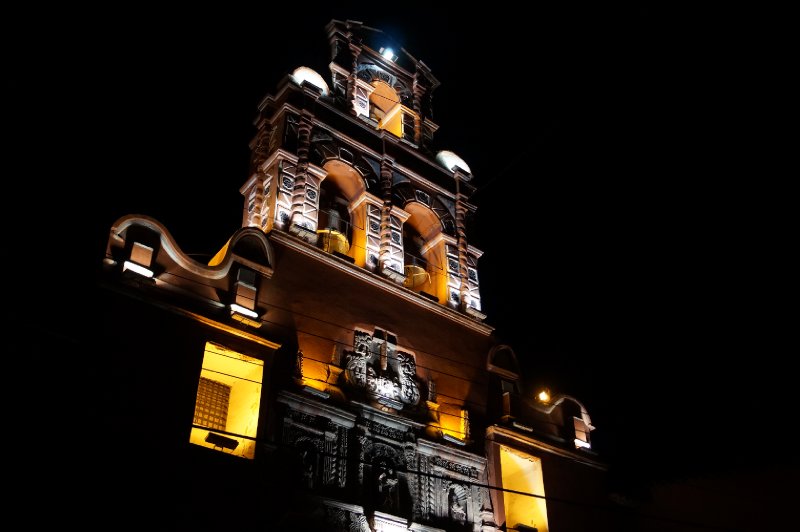 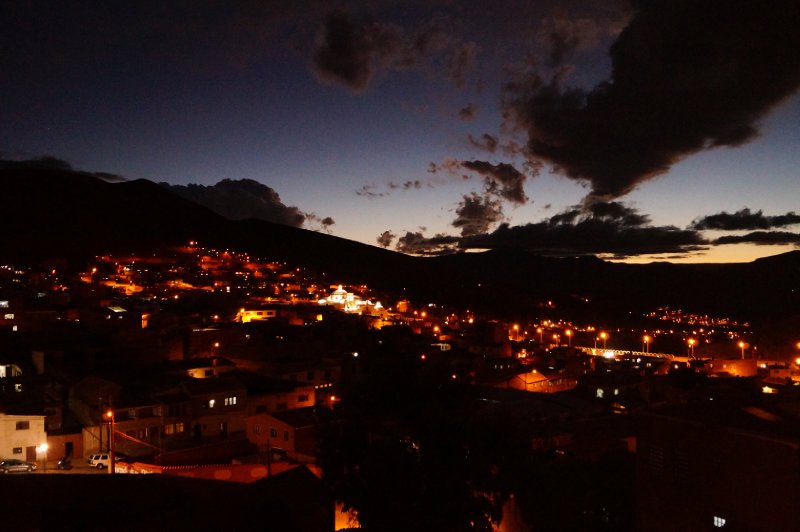 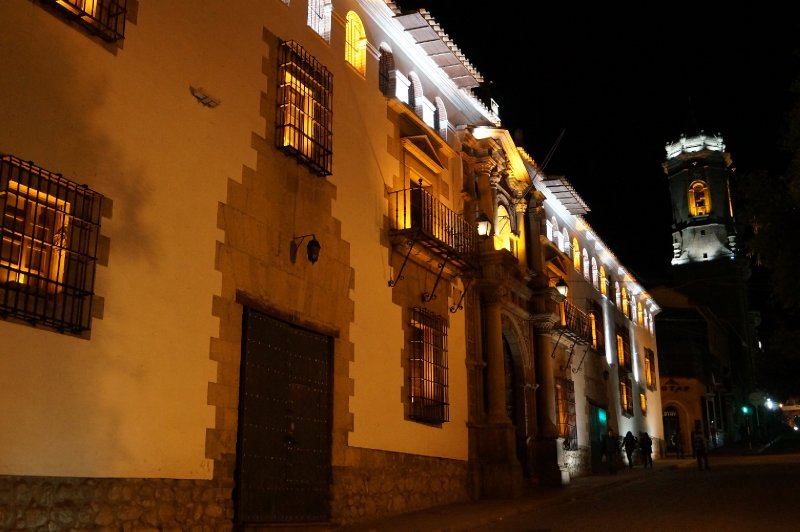 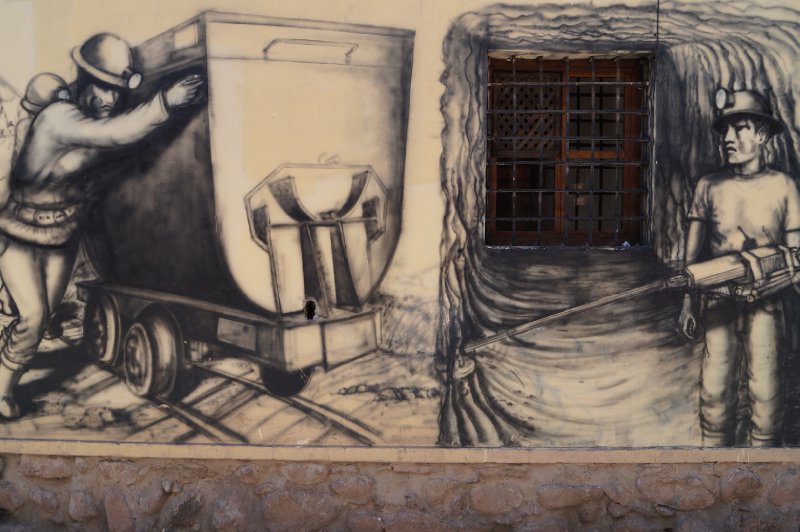 In Potosí then it is possible to visit these mines and it's an experience not to be missed. So I took my helmet and prepared myself to scramble and crawl in low, narrow, dirty shafts and climb rickety ladders... I could actually meet real miners and realised that the working conditions have not improved by much since hundreds of years ago... Work is done mainly by hand with basic tools, and underground temperatures vary from below freezing to almost 45 °C. Miners, often exposed to several noxious chemicals, often die of silicosis pneumonia after 40-50 years old. But all of the miners I met (and I was being told it is the same for the rest of them) are really proud of their work and what they are accomplishing. It's probably one of the hardest job on earth but also can be really rewarding. They work the mine as a cooperative venture, with each miner milking his own claim and selling his ore to a smelter through the cooperative.

Actually one of the first thing you have to do before entering the mine, is to go to the market and buy some gifts for the miners you meet inside the mine. Gifts are usually coca leaves (which help to reduce fatigue, hunger and cold), soft drinks, cigarettes and even dynamite!!! Yes you have read well: it is totally possible (and legal?) to buy dynamite in the local market!!! I didn't buy any though nor seen any miner using it but I heard of tours where guides actually let you try it...

Anyway this was one of the most interesting tour I had done recently and if you are thinking of heading off to Potosí one day, I highly recommend the tour agency Big Deal Tours, run exclusively by ex-miners who were tired of other agencies organising tours and claiming to give a percentage of the price paid by the tourists back to the miners whilst actually they weren't. So here is the link to their agency: bigdealtours.blogspot.com 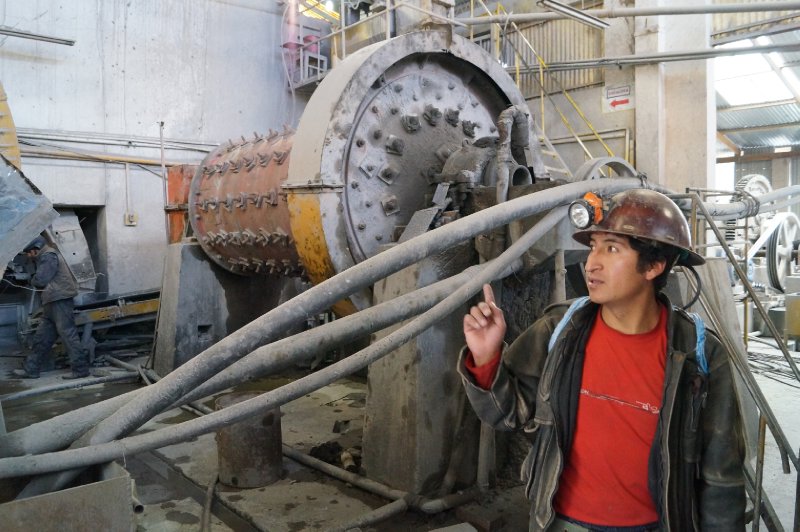 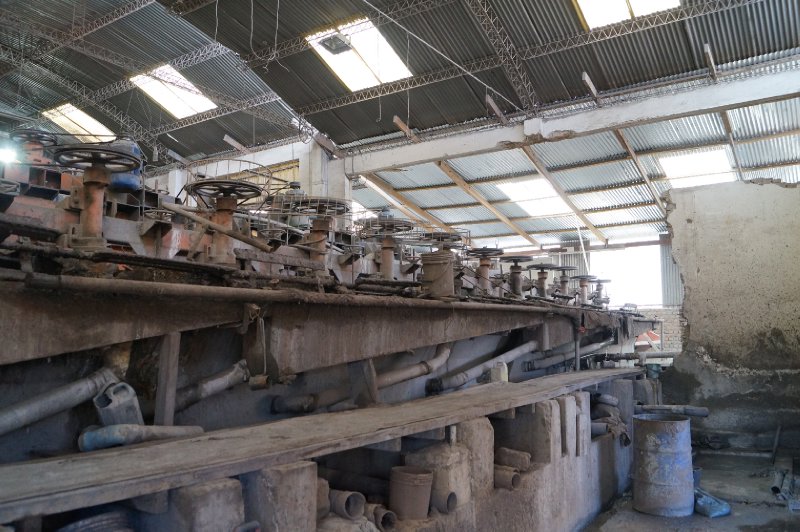 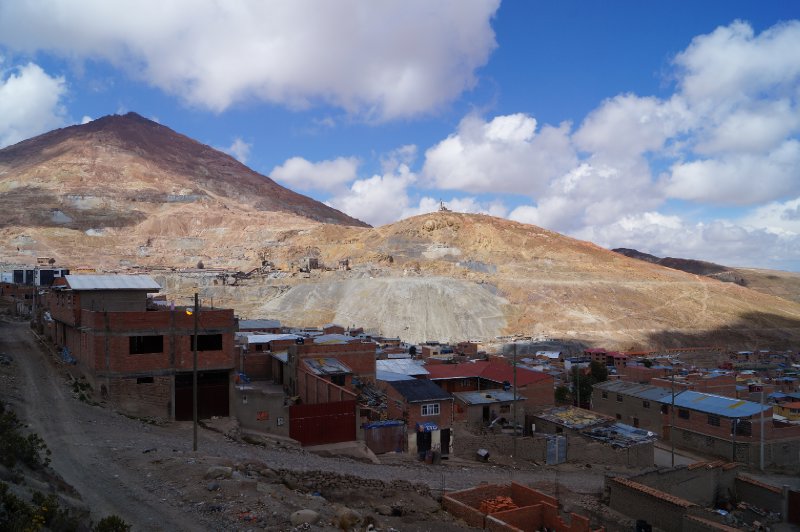 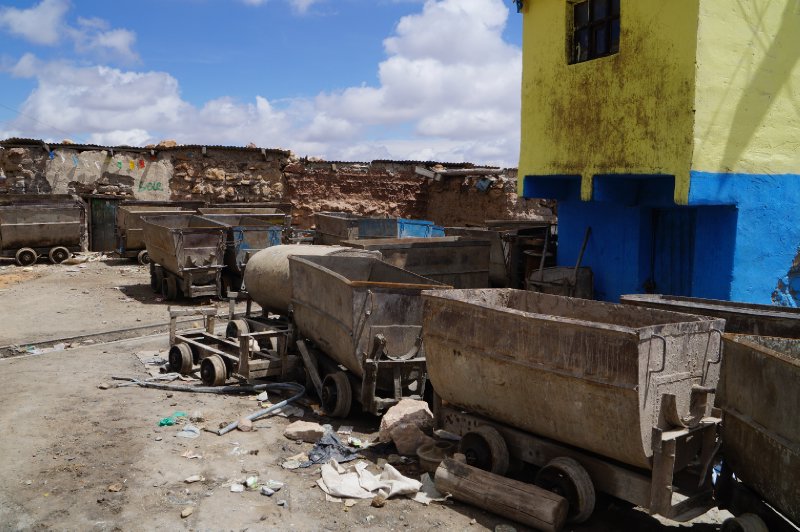 Wagons used in the mines 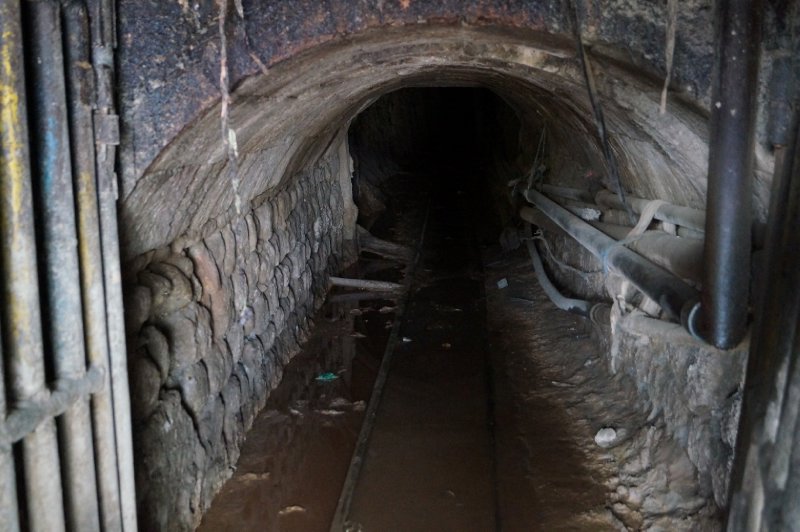 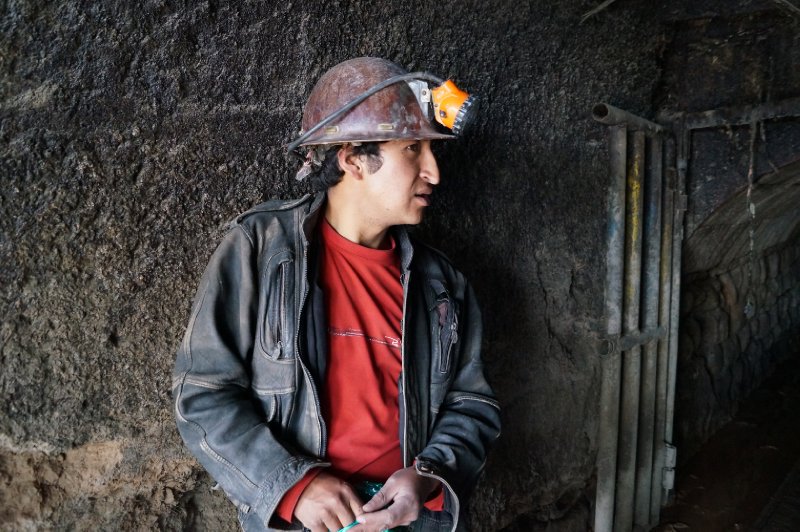 Our guide Pedro, also an ex-miner 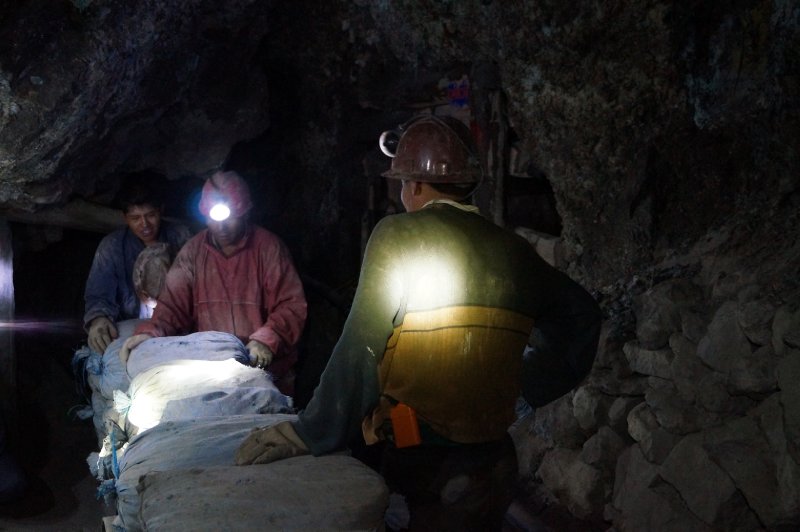 Miners having a short break 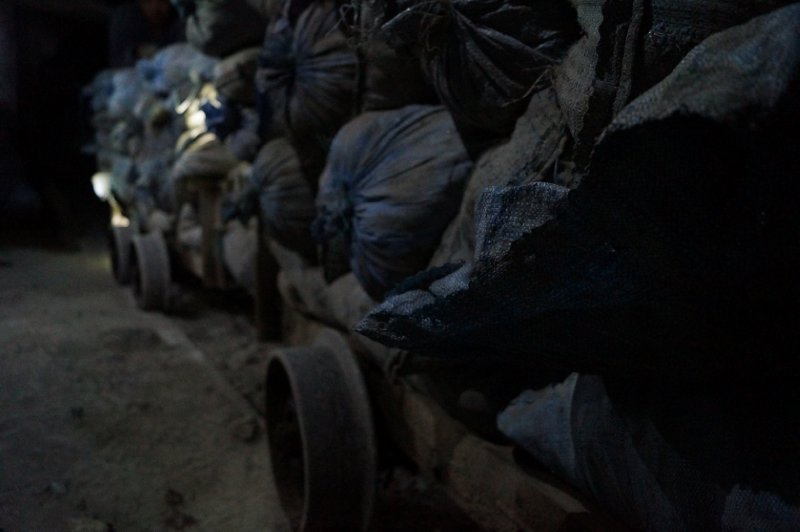 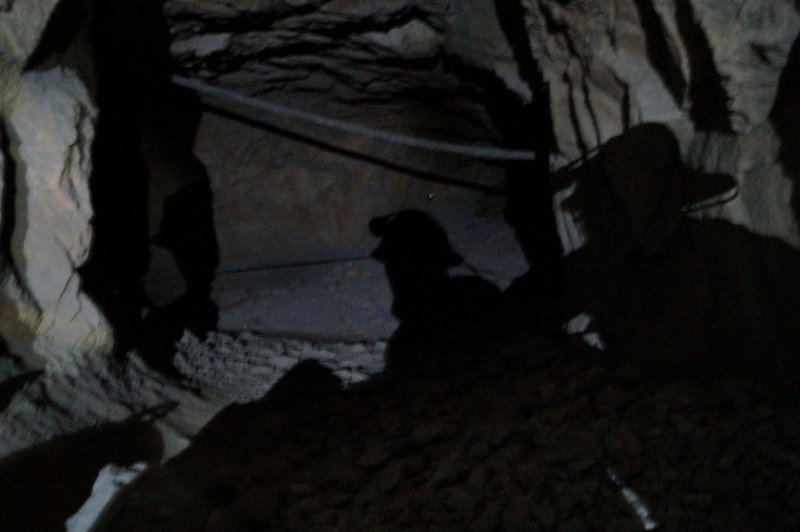 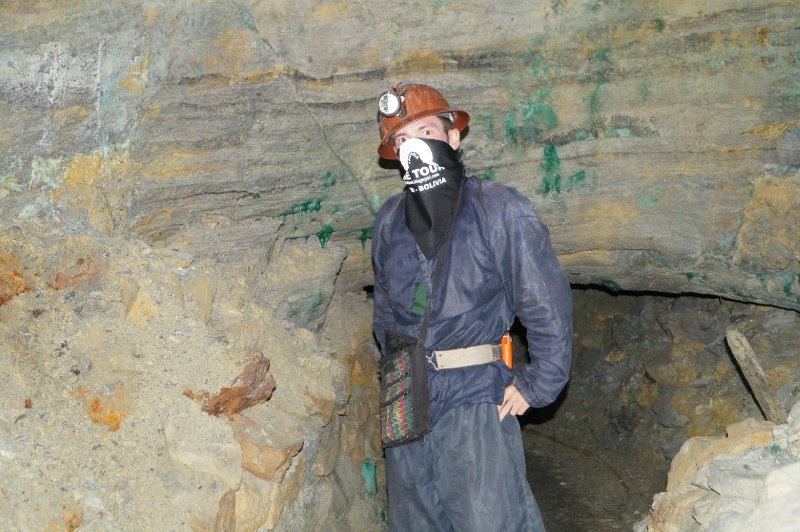 I think I would have fractured my head at least 10 times if I didn't have this helmet... 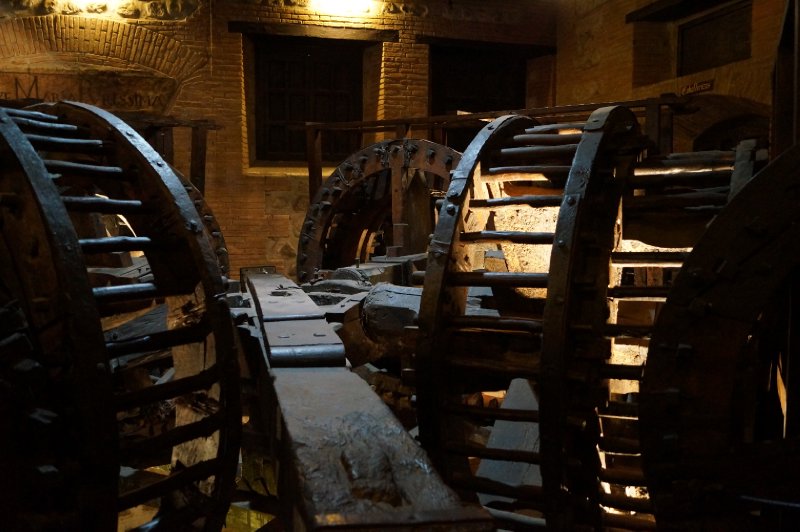 Wheel system which would be used to stamp the silver coins